The first race of the calendar!

That’s it! We have kicked off the new 2022 calendar with the first round, in Bahrain. Both Formula 2 and Formula 3 are driving together on the same tracks again, supporting Formula 1. The qualifying session for F3 was a busy one. Alex was setting a very fast lap but unfortunately, he was hindered in the final sector and couldn’t finish it. Kush set a lap together which was good for P3, but as he missed the weighbridge moment during the session, he had to start both races from the pitlane.

The F2 weekend started great with a P1 and P4 for Felipe and Clément in the practice session, with only a 1 second between the top 13. Felipe set the tenth fastest time in the qualifying session, meaning he would start from pole position in the Sprint Race.

Alex started the Sprint Race from P5, due to the penalty Kush received, Caio started from P12. Alex had a good start and was quickly attacking for P4, but Maloney took that opportunity to overtake Alex for P5. Caio gained two positions in the first three opening laps. By lap 6, Kush was already driving on P18. He had gained 12 positions in the first 6 laps.

Caio was in a fight with Leclerc and Vidales for P9. In lap 9, Caio overtook Vidales for P8. With only 5 laps left, Alex was driving on P5 and Kush made it to P15. Alex overtook O’Sullivan for P4 and in the final 2 laps, Alex managed to overtake Maloney and gained himself a podium place. Caio finished on P7 and Kush on P15. Good points for the team, and a promising start for Kush!

Felipe started from pole but had a difficult start, and fell back to P6. Clément had a good start, where he gained 4 positions and found himself back on P14. In lap 4, Armstrong was spun around which brought out the safety car. Felipe took back P5 during the restart when the safety car went in again. He immediately fought with Lawson for P4, but went wide and had to lift.

With 10 laps to go, Clément was driving on P12, gaining 6 positions. Clément and Hughes collided in lap 16, Hughes had to retire and Clément needed to visit the pitlane for a new front wing. This brought him back to the back of the grid, and he received a 10-second penalty for the collision. Felipe finished the race on P5, and Clément on P19.

The Feature Race seemed to start well for both Alex and Caio. However, in the opening lap, Maloney went slow. Ciao had to leave the track to avoid hitting him. When he re-entered the track, he hit a kerb and his car jumped in the air. Unfortunately, his suspension broke and after only one lap his race was finished.

The safety car had to come out which was good for Kush. During the restart, Alex drove to P3. By lap 9, Kush made it to P21. Alex was fighting with Correa, but due to a small collision with Stanek, he had damaged his floor. Alex dropped back to P6. Alex and Hadjar were battling wheel to wheel when Alex touched the rear tyre of Hadjar. Hadjar was left with a puncture, and Alex received a 10-second penalty. Kush was driving on P21 and fighting with 4 cars. In the end, he finished on P17. Alex finished as 8th, but due to the penalty, he dropped down to P23.

Both Clément and Felipe started the Feature Race on the hard tyres. Felipe lost a few places during the start, finding himself on P15, right in front of Clément who drove on P16. It didn’t take long before the team brought Felipe in to switch to soft tyres, as those were working better on track. Felipe was one of the first in lap 10 who came in for a pit stop, it brought him back on track on P19. Clément was now driving on P13. In lap 14, Clément tumbled down the order due to an engine failure and had to retire.

The strategy was working out for Felipe, as by lap 15 he was driving on P8, as he also set the fastest lap. By lap 17, Felipe was driving on P2 but was overtaken by Pourchaire who had fresher tyres. By lap 25, Felipe was mostly taking care of his tyres and lasting them as long as possible. He was driving on P4 when the safety car came out on lap 27. While the cars were following the safety car, there were two separate incidents in the pitlane, which resulted in a closed pitlane for all drivers. There were two laps left when the safety car went in, Felipe lost two positions and finished on P6. Coming from P10 and having 20 laps old soft tyres, the points were well deserved.

Formula 2 is back next weekend, in Jeddah. Formula 3’s next round is in Imola on 22-24 April, when it joins F2 again. 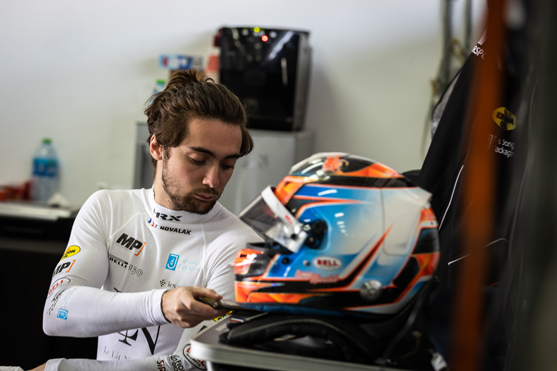 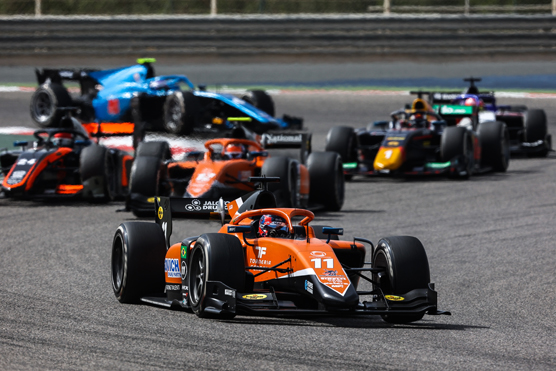 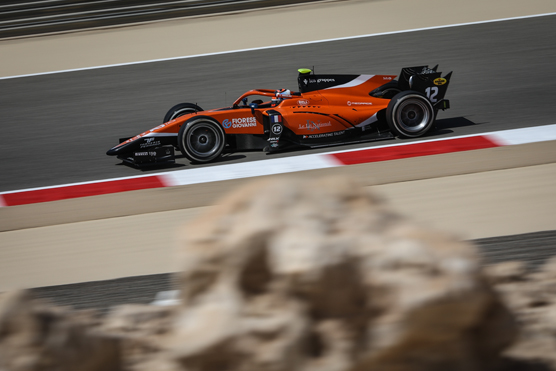 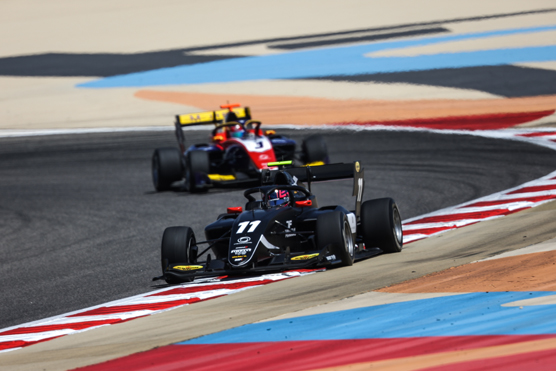 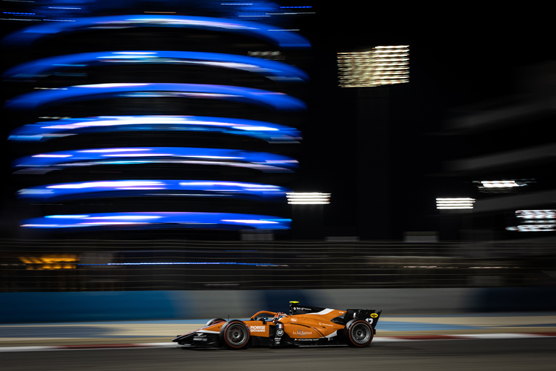 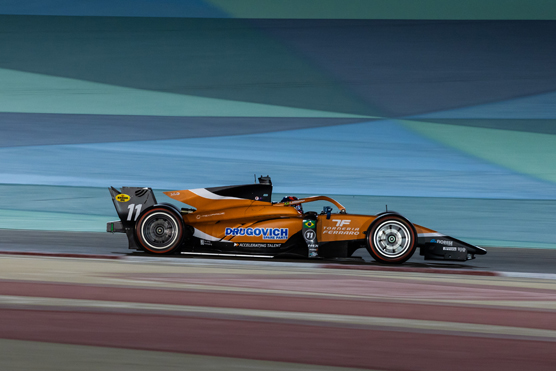 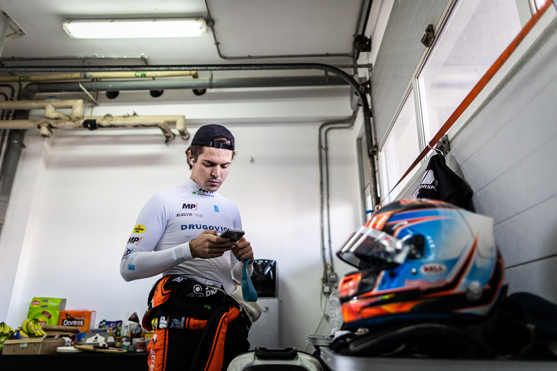 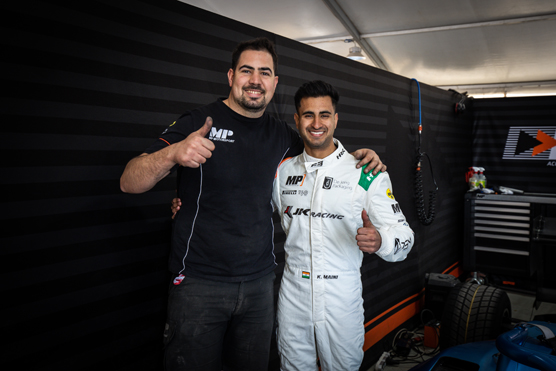 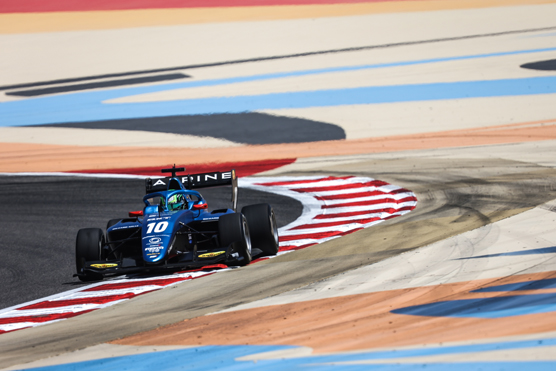 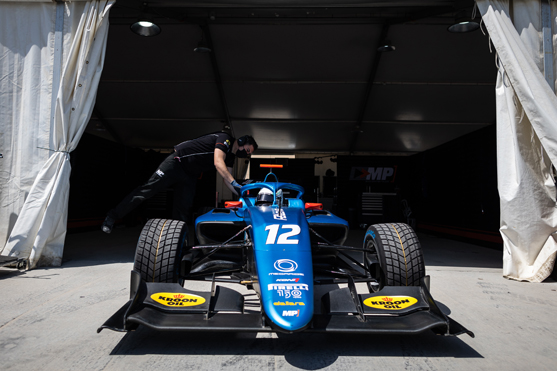 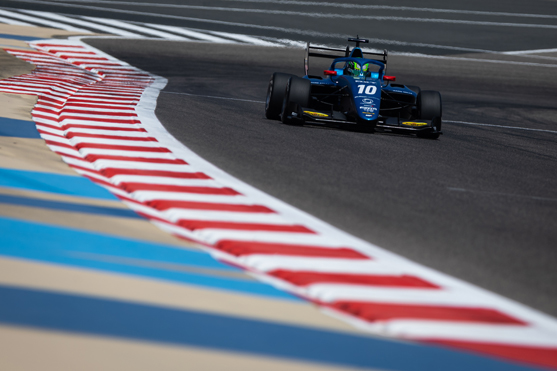