Formula 2 and 3 were back for the Emilia Romagna Grand Prix in Imola. It was the first time for both F2 and F3 to drive in Imola. Friday, the first track day of the weekend, started with a lot of rain. F2’s practice session had to be rescheduled, as the track was too wet for the session to continue. Later in the day, Formula 2 was still able to qualify.

Kush and Caio started on the second row in the Sprint Race, on P3 and P4. Kush had a good start and took P2, but later in the race, he would get a drive-through penalty for standing outside of the box during the start. Caio also had a good start and was driving behind Kush on P3. It didn’t take long before Caio also overtook Kush for the second position. Alex gained one position during the start and was driving on P14. In the fourth lap, Caio overtook Colapinto for the lead of the race. Kush had to defend a lot, but by the seventh lap, he was overtaken by Hadjar for P3.

In the 9th lap, the safety car was deployed after two separate incidents in the same and final corner. Caio had a good restart of the race, but Kush was immediately put under pressure by Martins who overtook him. Not quickly after that, we got another safety car. With 3 laps to go, the grid raced again and Caio kept the lead. In the meantime, Alex had driven himself towards P10, coming from P15. In the final lap of the race, Caio was overtaken by Colapinto for the lead of the race. When defending, Caio crashed with Hadjar and couldn’t continue. An absolute heartbreak for both Caio and the team. Alex drove a very decent race and finished 9th, Kush finished 20th due to his penalty.

Felipe had a mega start and made up 6 positions in the first lap. Clément had an unfortunate start, as Beckmann spun in front of him and he couldn’t avoid him. He had to come in for a new front wing, which brought him to the back of the grid on P20. In the 9th lap, Felipe overtook Boschung for the sixth position. Boschung had a problem and parked his car not much later next to the track.

Felipe was stuck in a battle for P4 in the final laps with 2 other drivers. On lap 24, he overtook Sargeant for the fifth position and made up 7 positions in the race. These points were very important for the championship, as Felipe kept the lead on Saturday.

Right before the race was about to start, some rain fell down and the track was declared wet. Caio and Alex both started on wet tyres, while Kush started the race on slicks. The strategy worked out perfectly for Caio and Alex, who started on P9 and P15. Within a few corners, Caio took the lead in the race and Alex was driving on P3. Both had much more grip than the other drivers in the top 10. Unfortunately, the strategy couldn’t be fully used as the safety car had to be deployed by the second lap. Caio and Alex came into the pits to change to slicks and ended at the back of the grid. Kush was still driving within the points on P9.

The track quickly started to dry up, so bringing Caio and Alex in for slicks was a good decision. Caio and Alex we’re quickly driving on P20 and P22. By the 7th lap, the safety car had to be deployed again. Kush was driving on P6 when the race restarted and had a very decent race overall! Caio and Alex both overtook a lot of cars and finished on P13 and 15. But it’s Kush who got his first points of the season by finishing 6th. After post-race penalties, he was promoted to P5.

Nissany crashed into the wall by the pitlane on lap 21. A virtual safety car was deployed and the pitlane was closed, as it was full of debris. Felipe still hadn’t pitted by the 27th lap and was hoping for another safety car to the end of the race. Clément was now driving on P8 with only 4 more laps to go, going towards his first points! The safety car came in the final laps, but it was deployed as a virtual safety car. In Formula 2 you aren’t allowed to pit under a VSC. When Felipe passed the pitlane, the full safety car was deployed and therefore he couldn’t gain an advantage from it. In the end, he finished 10th, and still scored a point. Clément finished 4th and was finally rewarded with points this season! Due to both cars scoring points, the team is now leading the championship for the first time in F2’s history. A mega job from the team. 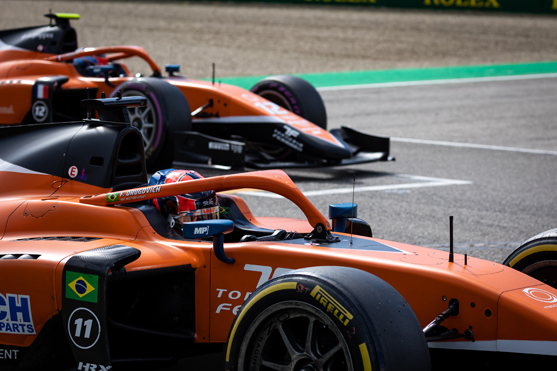 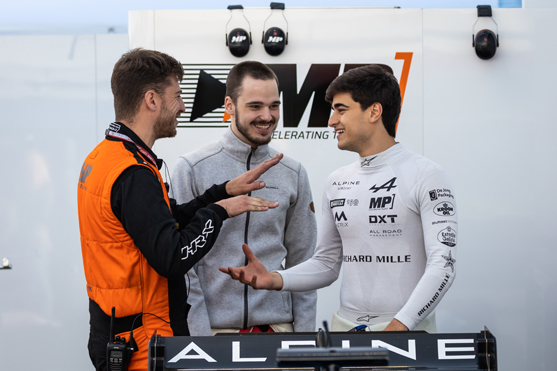 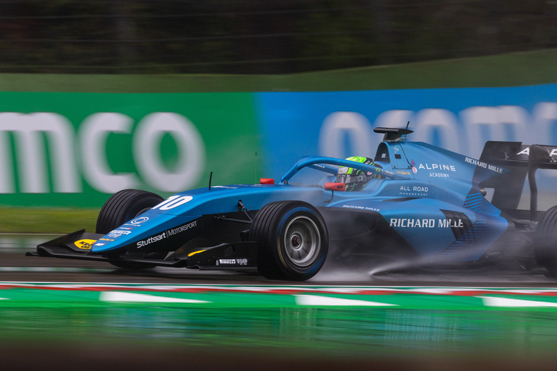 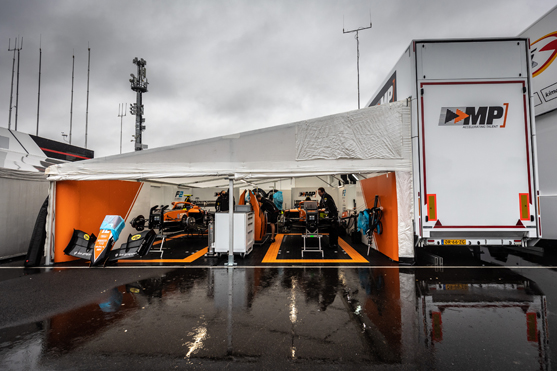 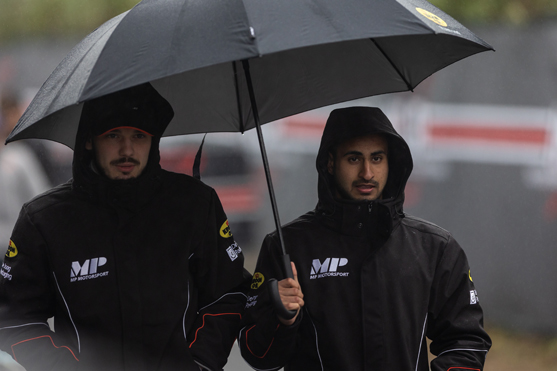 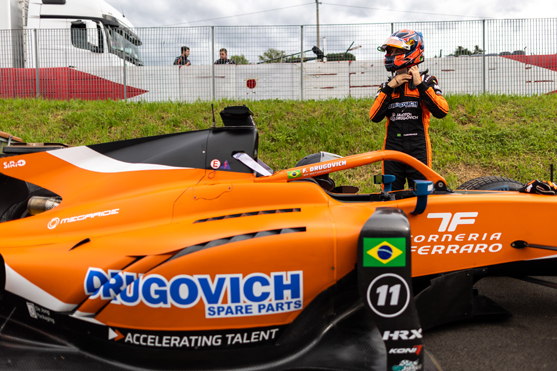 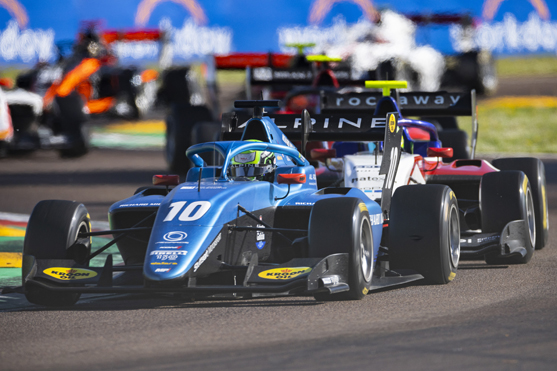 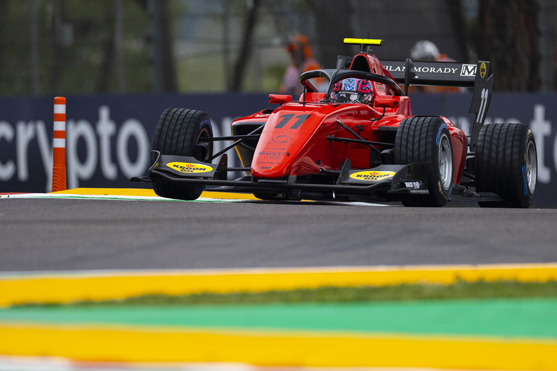 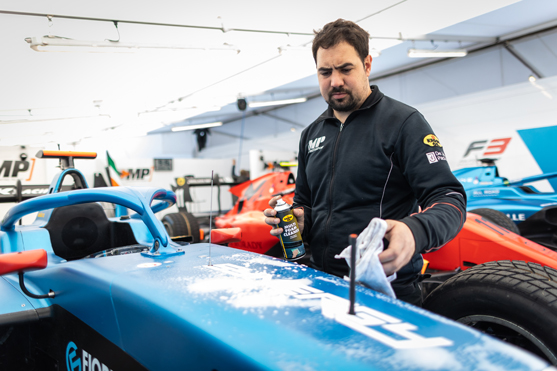 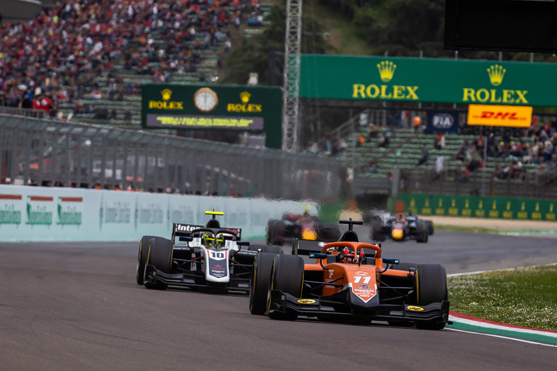 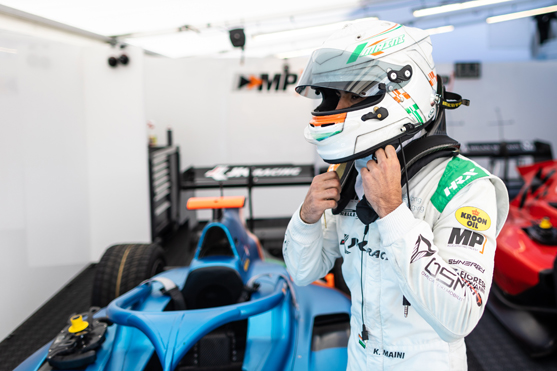 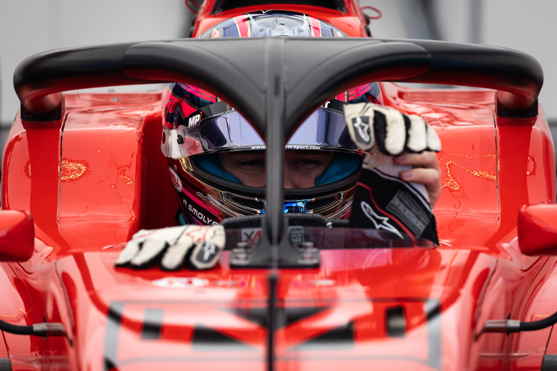 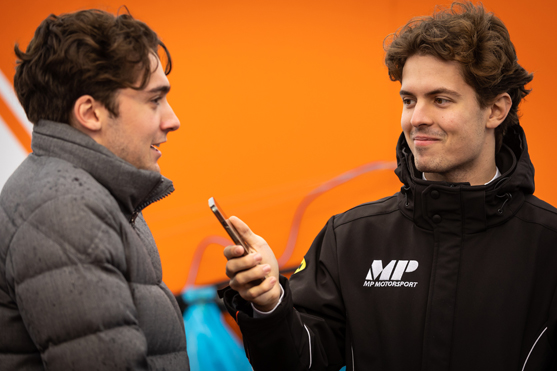 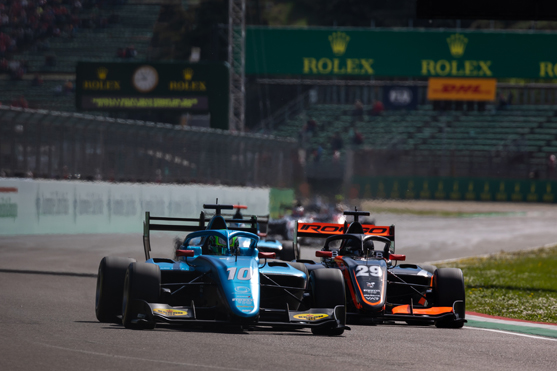