MP Motorsport has a strong start after the summer break

We’ve had a great comeback from the winter break, with pole for Felipe, a podium and double points for the team!

On Saturday, Felipe started from the 10th position with Clément starting from P16. Both had a great race, Felipe quickly got up to the sixth position in the opening laps. In the 11th lap, the safety car had to come out. With a few other drivers, Felipe immediately changed to soft tyres and ended up behind Clément in P12. With only four laps left, the safety car went back in and Felipe flew through the field. In the final lap he was able to finish fourth. Clément finished in P17.

Clément’s Feature Race went much better compared to the Sprint Race. Within 6 laps he was already driving in the eleventh position, coming from P16. Felipe kept the lead of the race, until he came in for a pit stop. When he came out of the pit stop, he was driving behind Doohan, virtually in P2. He got very close towards the end but due to a virtual safety car in the final laps, he couldn’t close the gap. He took his eight podium finishing second. Clément finished in P10, but due to a post race penalty, he gained another position and scored two points!

Like in Formula 2, the weekend started great for another Brazilian. Caio got his first pole this season, and the second for the team! On the wet track, Alex qualified in seventh and Kush in P15.

All 3 drivers had a clean start during the Sprint Race on Saturday morning, although the safety car was deployed within the opening laps. After two laps of racing, the safety car came out on track again after a big incident. Fortunately, both drivers were okay and got out of their cars by themselves. Due to the crash the race was red flagged and all cars came back to the pitlane. Alex used the restart of the race to come back on the podium and finished third. Caio managed to get one point by finishing in P10 and Kush finished in P13.

The Feature Race was a tough race for Kush, as he crashed into multiple cars in the first lap. He was penalised for it by receiving a 5-grid penalty during the next round in Zandvoort. Caio received a 5-second penalty during the race, for rejoining the track in an unsafely matter, during a fight in the first few laps on track. This made him drop from third to 6th when he crossed the finish line. Alex scored another few points by finishing 9th.

Both Formula 2 and Formula 3 immediately switch from Spa-Francorchamps to Zandvoort, for the second round of the final triple header. 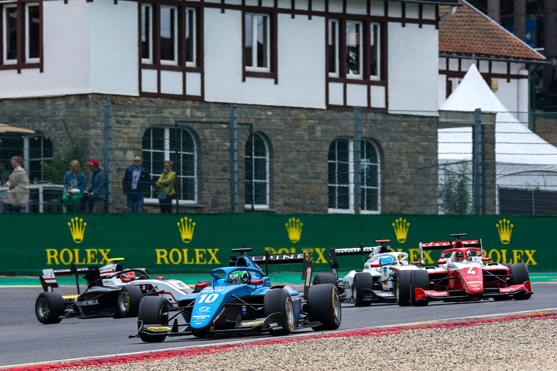 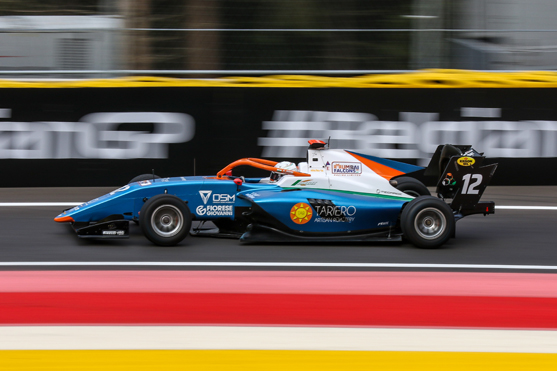 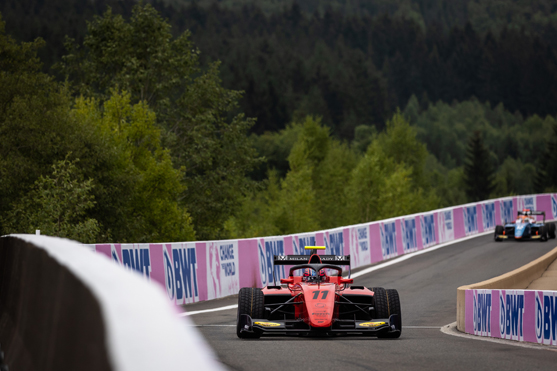 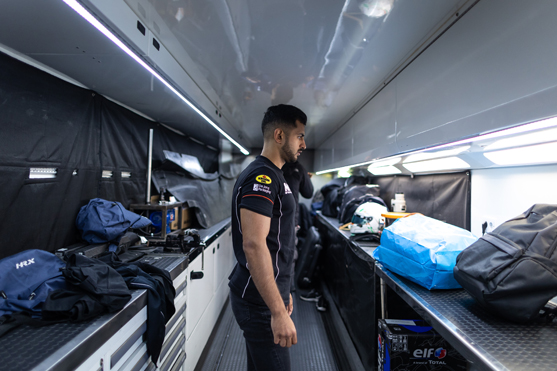 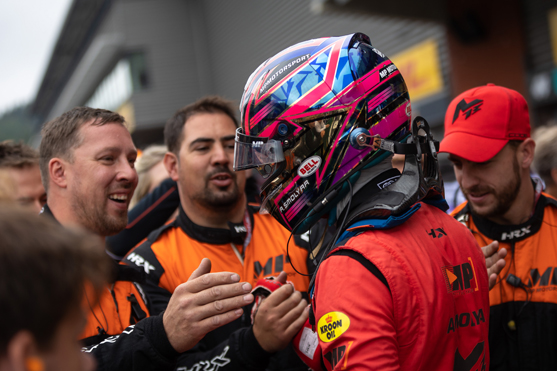 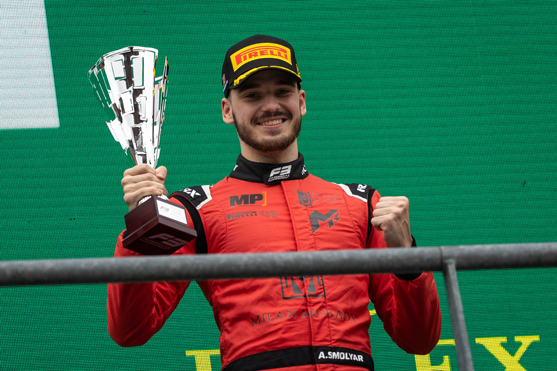 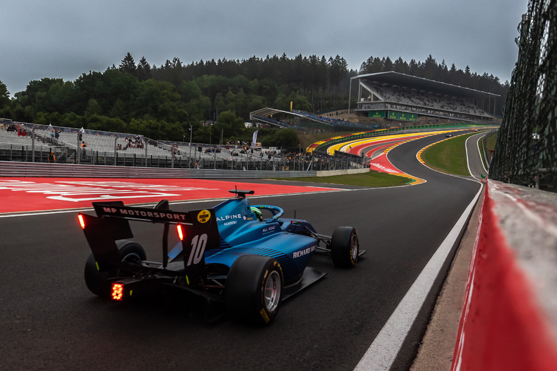 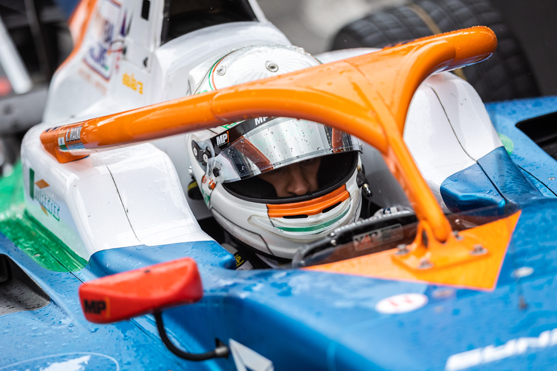 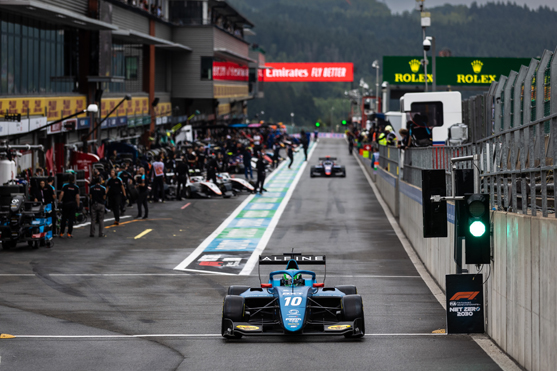 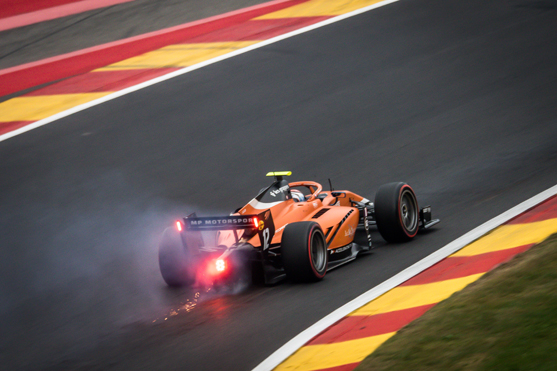 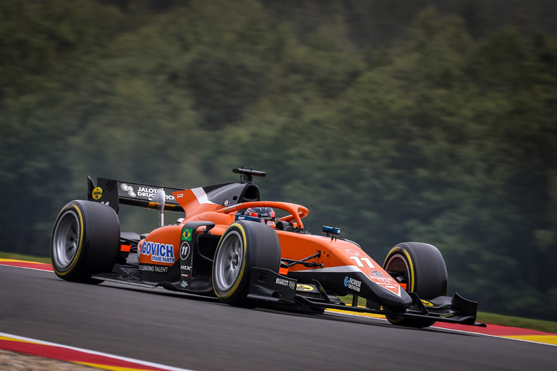 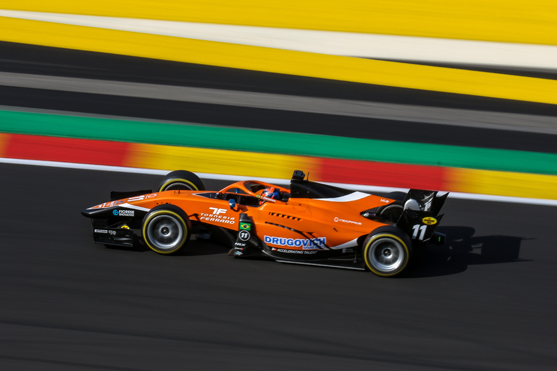 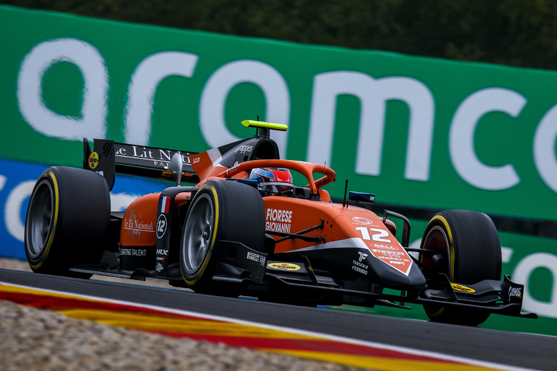 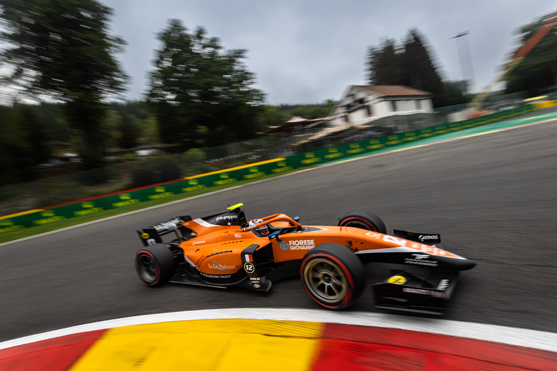 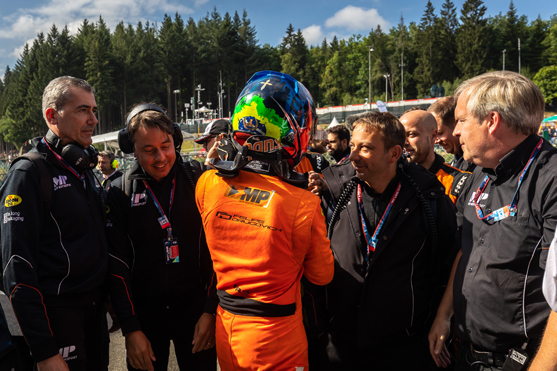 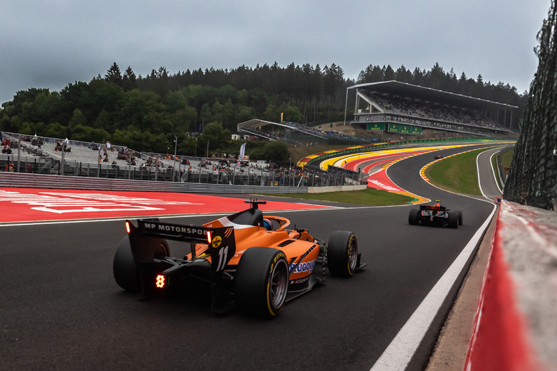