Dutch team MP Motorsport and its driver Felipe Drugovich clinched FIA Formula 2 drivers championship today, the most important title the team has won in its 27-year history. This followed a season in which the Brazilian stood head and shoulders above the competition, taking most wins of the season and consistently scoring in the remaining races to give him a commanding lead in the standings. This cushion allowed Drugovich to secure the title for MP with three races still to go.

This afternoon, Drugovich was crowned the 2022 FIA F2 champion without completing a single lap, after being forced off the track by an opponent in the second chicane. The Brazilian, however, had started the race weekend at Monza with a 70-point lead, with a total of 78 points still to be won in four races. With his title rival also failing to score at the Italian circuit, Drugovich had already done enough to claim the title, a milestone in the history of the Dutch team.

MP Motorsport and Drugovich laid the foundations for their title run early in the season. Late March, the Brazilian won the feature race on Jeddah’s street circuit, the fourth of a total of 28 races comprising the 2022 F2 season. With his win in Saudi Arabia, Drugovich took over the championship lead to never relinquished it again. In the following six races he added three more victories to his season’s tally – a unique double at Barcelona and a famous win in the streets of Monaco – before going on to score points in every round of the championship. The MP driver’s fifth victory, last week at Zandvoort, put him almost beyond reach of his main rival.

“It’s amazing, I really have no words for this,” said a jubilant Drugovich straight after winning the title. “When you start as a young driver you only dream about F1, but when you see how difficult it is to win an F2 title, this becomes a dream – and today it became the truth. We really tried to be consistent this year, to really have the pace in every race. It really says a lot. We managed to get it done really early, so yeah – top of the world now!”

“I warmly congratulate Felipe on his title – he is the deserved champion!” said MP’s team principal Sander Dorsman. “He has been mighty all season and I am truly proud of the way the team has supported him. Our cooperation with Felipe was rock-solid – he was simply the best on track on several occasions and we continued to score points in weekends that proved more of a challenge. Now, together with Felipe and teammate Clement Novalak, we hope to claim the teams championship as well. We’ll be gunning for that in November, on the final F2 weekend at Abu Dhabi.”

“Felipe’s superb performance is the crowning glory of our work and a fitting reward for the strategic choices we have made in recent years,” said Henk de Jong, who became owner of the team in 2005 and stood on the podium at Zandvoort together with Drugovich. “The structure of our talent ladder is well and truly in place now – we are frontrunners in every category we compete in, fully living up to our new motto ‘Accelerating Talent’. And yet, despite the team’s growth over the past 27 years, we have in many ways remained unchanged. The family atmosphere of yesteryear is still there – at MP it’s always fun. That’s precisely the atmosphere in which Felipe was able to thrive and get the best out of himself.”

MP Motorsport was founded in 1995. Initially racing in Formula Ford, it opted to step up to Formula Renault in 2003. Current team principal Sander Dorsman became involved with the team in 2005. In 2011, under the leadership of De Jong and Dorsman, the team set out on growth path that has led to MP Motorsport from 2018 onwards paving the entire single-seater road to Formula 1, running teams in Formula 4, Formula Renault/Regional, GP3/Formula 3 and GP2/Formula 2. 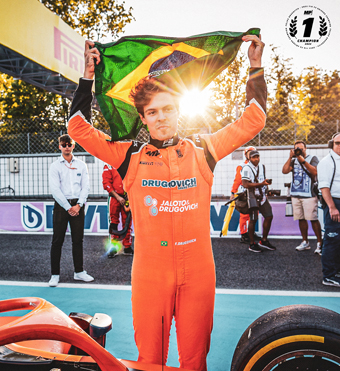 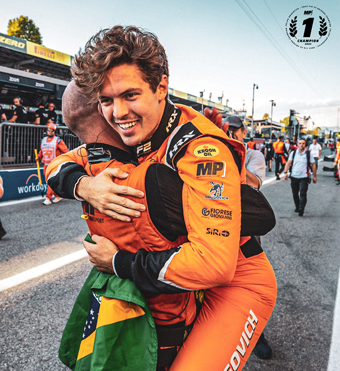 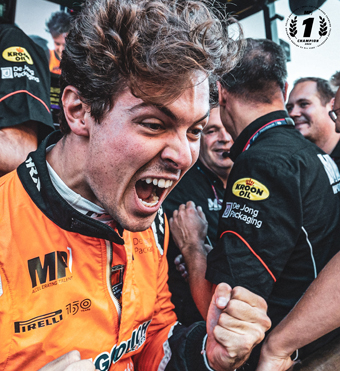 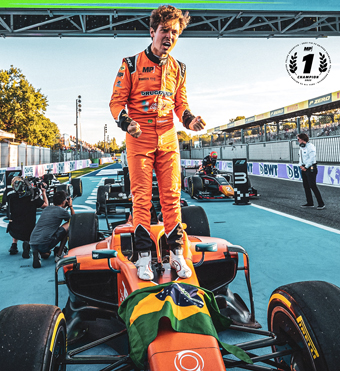 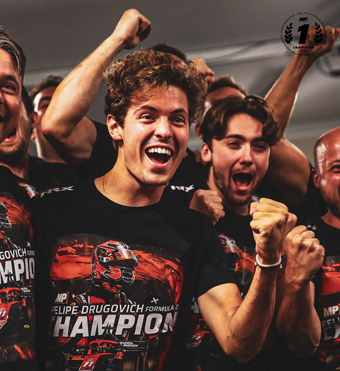 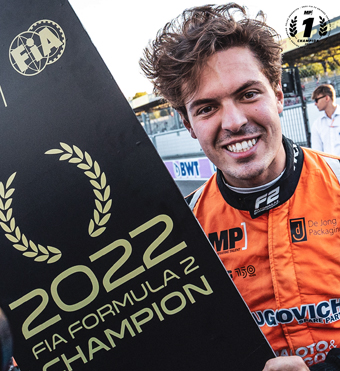