What a weekend we had in Silverstone! It started with a good qualifying result for Richard, who qualified on P3. Lirim was a bit more unlucky and qualified on P13, after a mistake in the last corner. Nevertheless, that still is a good result to score points during the races.

Richard started on P8 because of the reversed top 10 grid. He had a tough start and lost a few places, coming close to Lirim who had a better start and gained 2 positions. After a spin of Zhou and damage by Nissany, the first safety car had to come out in the opening lap. After 3 laps, the safety car came back in and racing could start again. Lirim overtook Richard now driving on P10 with Richard on P11, but shortly after a new safety car came out after Deledda spun on track. The first race had many safety cars, in lap 12 the safety car had to come out for the 3rd time when Samaia ended in the gravel. This was a good opportunity to get Richard in for a set of the medium tyres, as his race wasn’t going very smooth. Lirim stayed out.

He came back on the grid on P14, with 8 laps to go till the end of the race. With a better pace on the fresh mediums, Richard overtook 3 cars within a few laps, showing that coming in was a good strategic call from the team. With 3 more laps to go, he overtook Lirim for the 10th position, which meant reverse pole in Race 2.

Richard had a mega start and took the lead in the first turn. He quickly started to create a gap with Armstrong, who was driving in second place. Unfortunately for Richard, after the first lap, a safety car had to come out when Boschung and Deledda collided. But, Richard had a good restart and was again quickly creating a gap. Lirim had a good few laps as well, where he gained one position and was driving on P10. In lap 6, Richard had a gap of 1.2 seconds, but the safety car had to come out again after Daruvala and Viscaal collided and Viscaal ended in the gravel.

After the second restart, Richard was again gone, and by lap 13, he had a gap of 1.5 seconds. Both Armstrong and Ticktum, who were fighting for P2, didn’t come close to Richard anymore. In lap 21, Shwartzman who was driving in front of Lirim spun in the final corner. With a dominant car and a good drive from Richard, we managed to take our first win of the season and the first-ever F2 win for Richard!

During the last race of the weekend, Richard lost one position during the start, moving from P3 to P4. Lirim had a good start and won a place in the first lap. As soon as the pitlane opened up in lap 7, multiple drivers went in to get a new set of tyres. Both Lirim and Richard stayed out. By lap 8, Richard was driving on P2 and Lirim on P7. Both MP drivers were on a different strategy, Richard pitted in lap 11, while Lirim stayed out. Richard came back on the grid on P10, 5 seconds behind Piastri who was virtually driving on P3. Richard felt really good on the new tyres and within a few laps, he was right behind Piastri.

Lirim was handed the race lead in lap 19 when Vips pitted. Lirim was now one of three drivers who still hadn’t visit the pitlane for a new set of tyres. In lap 20, with 9 laps to go, that changed when Lirim came in the pits and rejoined the grid on P11. By lap 25, he already joined the points when he was driving on P9. In the final 2 laps, Richard was chasing down Piastri in an epic battle. Both did not want to give up but had a very respectful fight for P3. In the end, it was Piastri who won the fight, leaving Richard just outside of the podium. But all in all, we had a great weekend with our first win of the 2021 F2 season and double points in both the second sprint race and feature race! 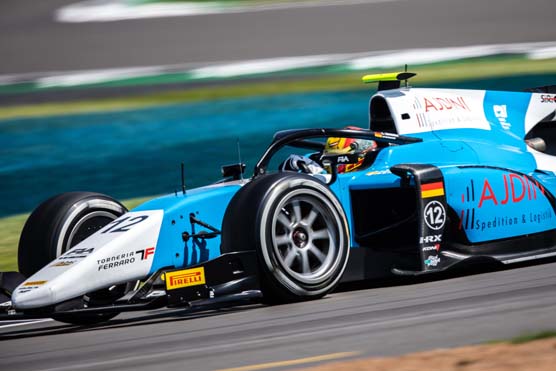 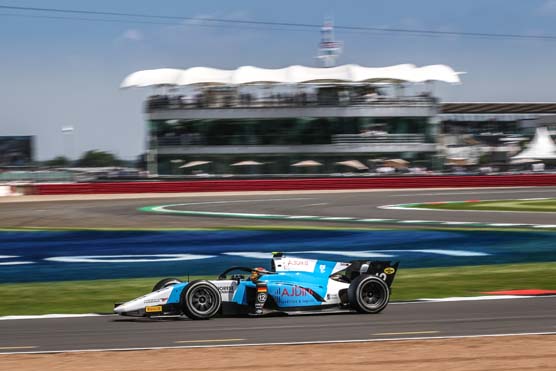 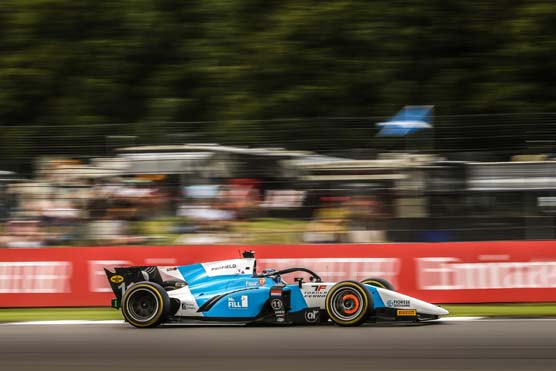 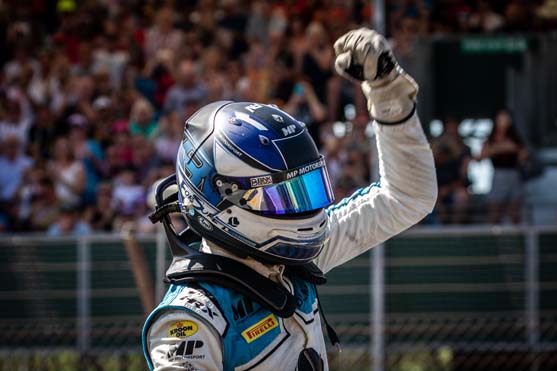 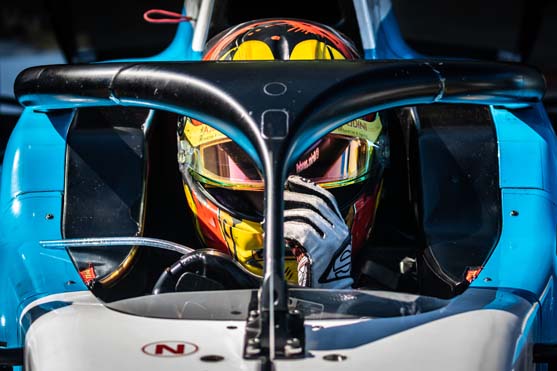 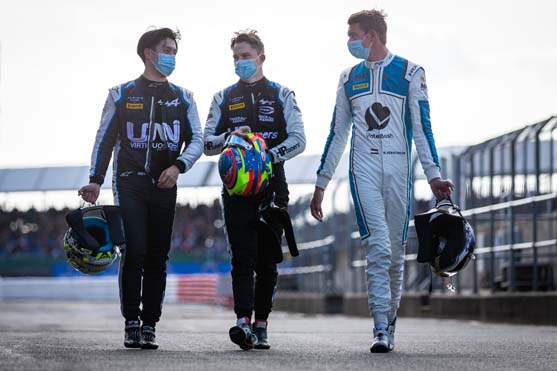 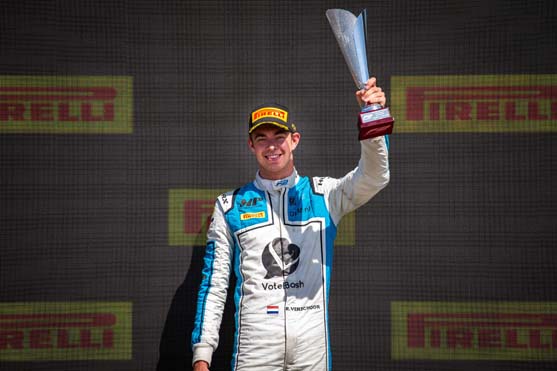 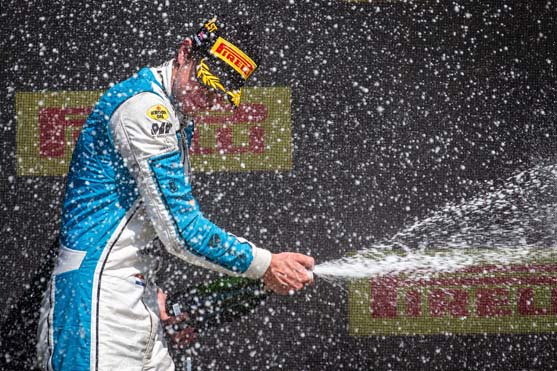 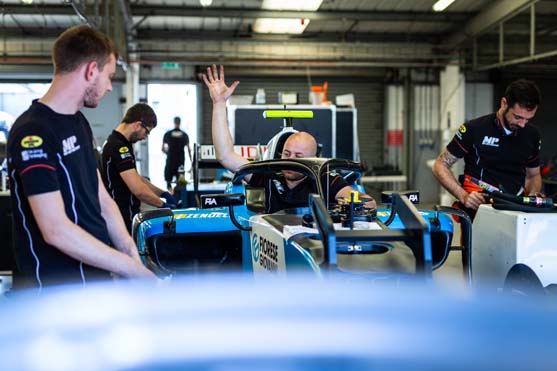 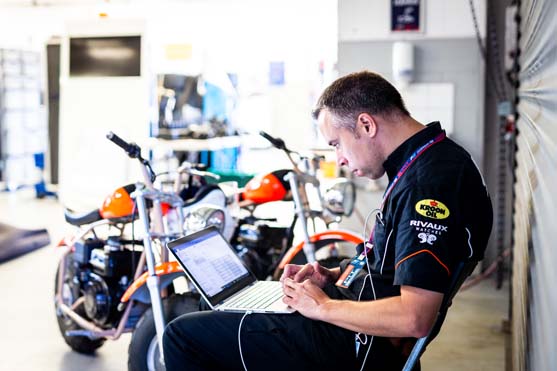