We’ve had a weekend with quite some personal highs and lows in Budapest. Tijmen booked some good results and was happy with the pace and the car the team gave him. Unfortunately, Victor’s and Caio’s weekend started tough by having a difficult qualifying session due to traffic. As the Hungaroring can create exciting moments, it is also one of the toughest tracks to overtake other cars.

Victor had a good start in Race 1, quickly driving on P19 after starting from P24 within the first lap. Caio gained 4 places and Tijmen, unfortunately, lost two places. Overall all three drivers had a clean and nice start. After 16 laps, Victor was driving on P15, when Vesti had to quit. Caio had a slight touch with Rasmussen in the same lap, ending up with a bit of damage on his front wing. Both drivers were investigated for the collision but were left without any penalties.

In the end, Victor made up 10 places and could start Race 2 from P15. Caio finished the race on P20 and Tijmen made up his lost positions and finished right behind Caio on P21.

As Victor had a mega start in Race 1, unfortunately, that didn’t count for Race 2 as he stalled on the grid. Which meant he was driving in the back of the grid. This time tho, Caio had a massive start. Coming from P20 and in lap 3 he was already driving on P13. Tijmen also had a very clean start, gaining 4 positions.

Victor was trying to fight his way back into the grid but learned how tough it is on this track. With 6 more laps to go, Tijmen overtook Hoggard for the 16th position. Caio was very close to the top 10, as there was barely a gap for four cars in front of him. Victor finished on P25. Tijmen overtook Hughes for another position and finished on P15, Caio also gained one more place and finished P12. Even though both were driving out of the points, they had massive races and booked a good result with the team.

The third race of the weekend was a very wet one, as it was pouring on Sunday morning. The start was a rolling start and because of the spray behind the cars, there was barely any visibility. Quickly after the start, the sun started to shine and came through the rain. Unfortunately, that didn’t change anything for Victor. He wanted to overtake a car but ended in the barrier. Luckily, he could drive back to the pits for a new front wing, but this meant he was all the way in the back with a huge gap between him and the car on P29.

Caio had an impressive start in the rain, by lap 8 he made up 6 places and was driving on P19. Tijmen lost one position but was close to Williams driving in front of him. By lap 15 the rain was fully gone and made place for a lot of sunshine, which meant the track would be drying up quite quickly.

With only 2 laps to go, two cars collided which meant a finishing under the safety car. Caio finished on P16 after starting from P25, Tijmen finished on P19, and Victor on P27. After the race Victor received a 5-second penalty for the collision at the beginning of his race, this penalty didn’t change anything for his result.

This was the last race for the summer break. F3 will be back in Spa, on the last weekend of August. 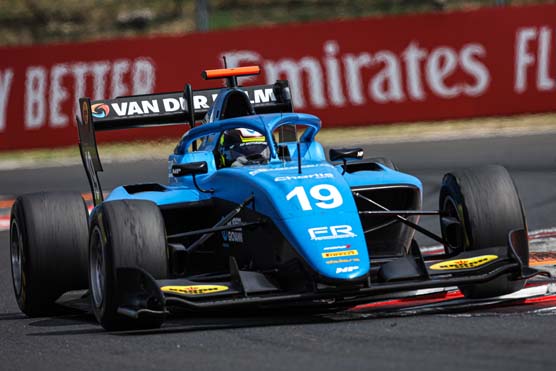 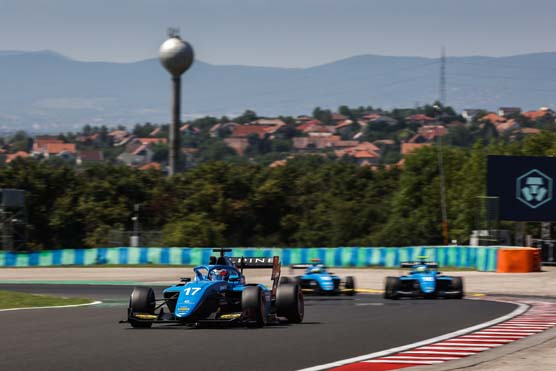 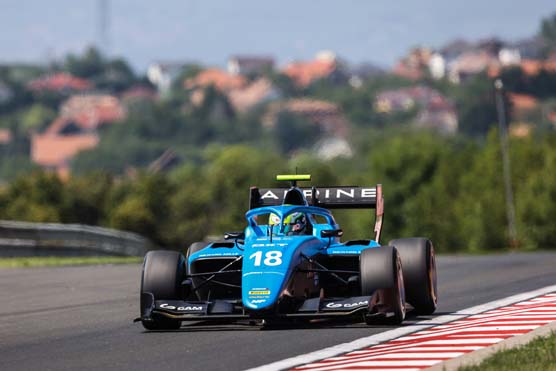 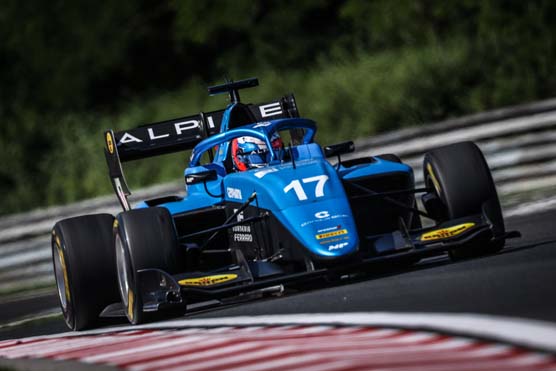 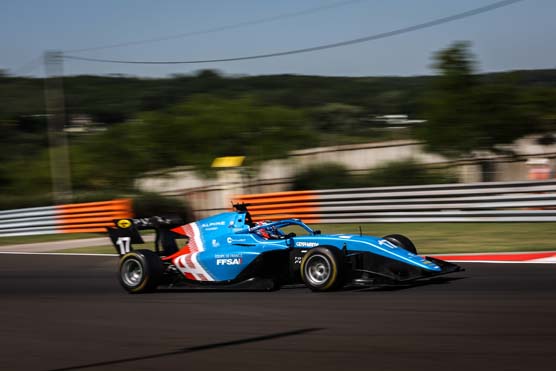 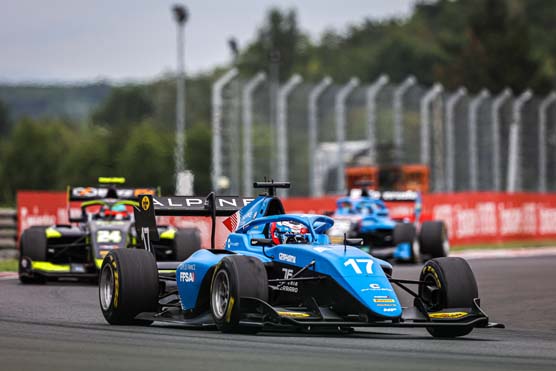 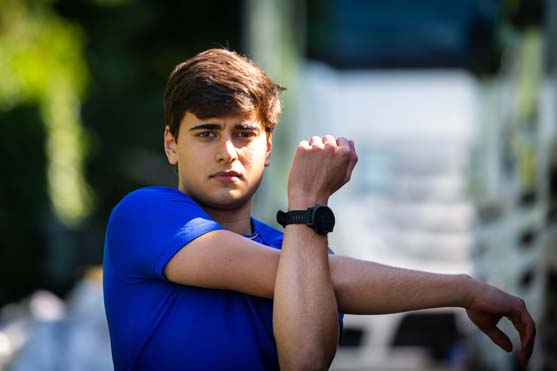 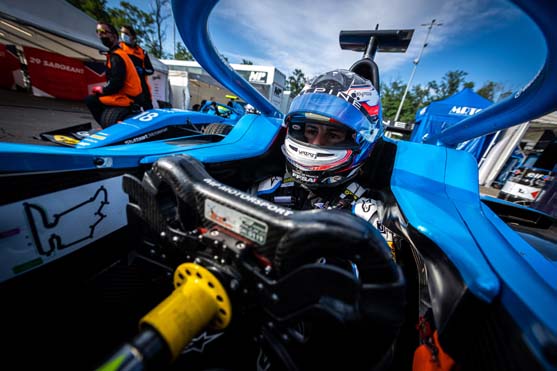 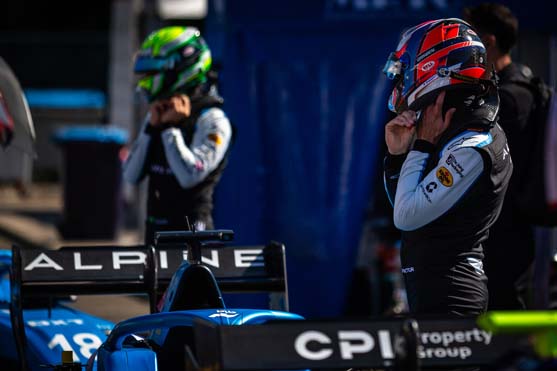 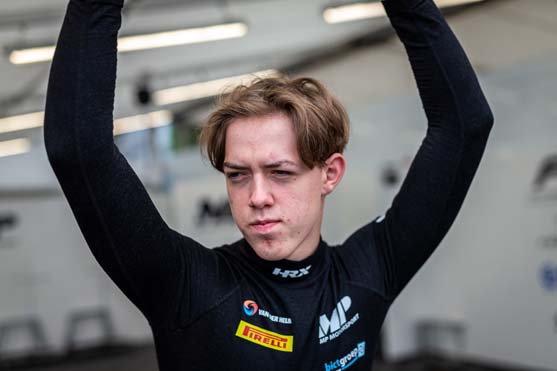 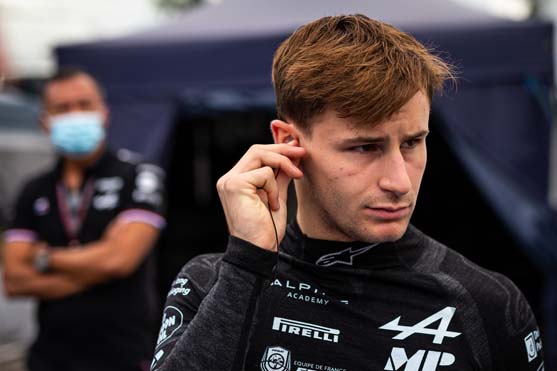