We’ve had to wait 6 weeks but Formula 3 is finally back for round 2, in Le Castellet. The youngsters joined Formula 1 on the red and blue striped Paul Ricard circuit. After reaching the podium twice in Barcelona, Caio in Race 1 and Victor in Race 2, we were eager for more! And what a weekend it was for Victor, who was racing on his home track. The weekend started good for all drivers with a solid qualifying session, where Victor and Caio were both in the top 5, and Tijmen qualified on P15.

Caio started Race 1 from P8 and Victor from P10. As the top 12 is reversed, Tijmen remained on P15 for the start. Victor and Caio both had a clean start, gained a few places, and even fought each other at some point, as where Tijmen had a bit of trouble and lost some places. As the race developed Caio had a small moment and went wide, where he lost a few places. Ending up fighting for P12 with Arthur Leclerc, trying to get the reversed pole position for Race 2, but in the end, he just missed out and finished on P13.

Victor, on the other hand, was flying on his home track. In the 7th lap he already gained 4 places from P10 and was driving in 6th, with a gap of 2 seconds to Smolyar who was driving in 5th position. While Smolyar was fighting with Correa, Victor was able to easily close the gap with the top 5. And with the top 5 all being close together, opportunities to a good result were getting bigger. Victor managed his tyres perfectly and was able to overtake all cars, even ending in the lead! In the very last lap he got overtaken by Smolyar, and just missed out on the win. Nevertheless, his second place was still phenomenal after starting from P10.

While Victor was fighting on the front, Tijmen was fighting on P18. Unfortunately, he and Cordeel touched during an overtake, which made Tijmen move to the pits for a new front wing. After that, it was hard to get back in place with a few laps to go. He finished P29 in the end.

With again a reversed top 12, Victor had to start from P11 in the second race. Caio started from P13 and Tijmen from P29. Caio had a very unfortunate start where he stalled and had to retire after one lap, because of issues on his car.

Tijmen had an incredible race where he gained 10 positions! After he had to start from P29, and fought his way towards P19. Up until now, this was definitely one of his best races thus far in the season. As his qualifying result of Friday is the grid for the last  Race of the weekend, he still has a lot of opportunities for a good result.

Victor just continued where he left in Race 1, starting from P11 and overtaking a lot of cars to finish on the podium. He’s had a clean start and moved up two places in the first lap, driving on P9. In lap 4 he moved on to P5, overtaking 3 cars in 3 laps. He wasn’t finished though, in lap 7 he moved on to P4. With 3 Prema’s fighting in the front, he found pace while Caldwell lost some. With only one lap to go, Victor secured the third place on the podium by overtaking Caldwell, which was also his second podium on the day.

The third race was a completely different one compared to the previous two, as it started fully wet. A lot of rain started to come down right before the race, which caused a 5 minute delay so all teams could switch their car from a dry set up to a wet one.

Victor started from P3 and Caio from P5, Tijmen from P15. All had a decent start, but especially Tijmen was enjoying himself on the wet track. Within a few laps he was driving on P9 and for the first time in the points! However, the rain didn’t last for long and a dry line appeared on the track which made the conditions tricky as everyone was driving on wets. Tijmen had a moment where he went wide and spun once, even though he managed to keep the car going, he lost a few positions and finished on P16.

Caio and Victor were both very close to each other all race. At some points, especially in the beginning of the race, they lost their positions but as soon as the track dried up, they had their confidence back and made no mistakes. In lap 11, Caio was driving right behind Victor, with Vesti in front of them. Vesti went wide, and within 2 corners both Victor and Caio overtook him. With 5 more laps to go, Caio overtook Victor both on the hunt for a podium place. Even though Victor stayed close to Caio, only Caio finished on the podium with a third place. Victor saw the chequered flag at P4 and both brought some good points, for themselves and the team, home! 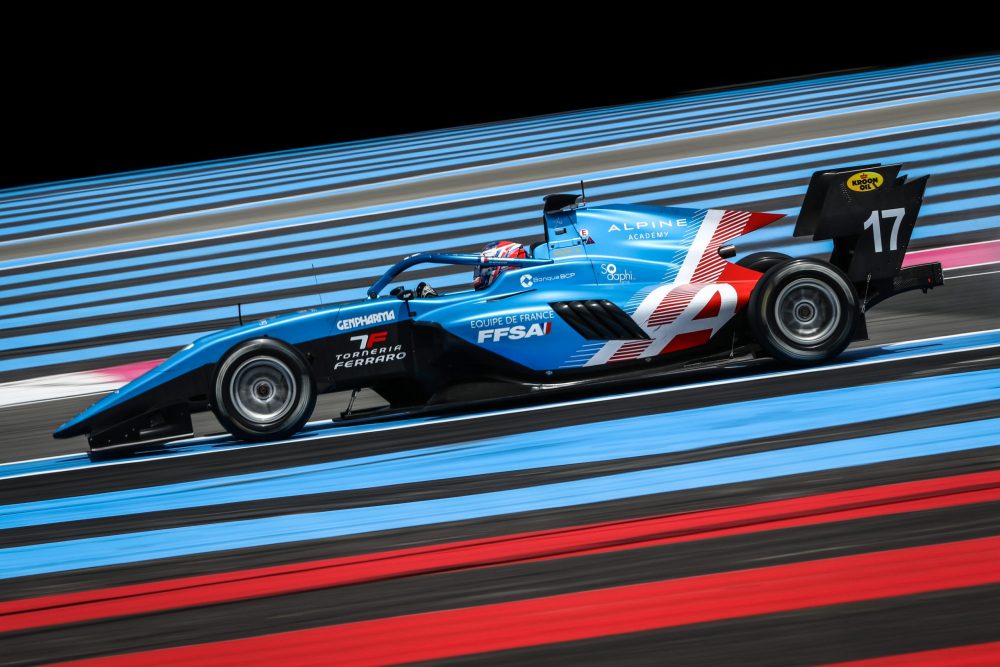 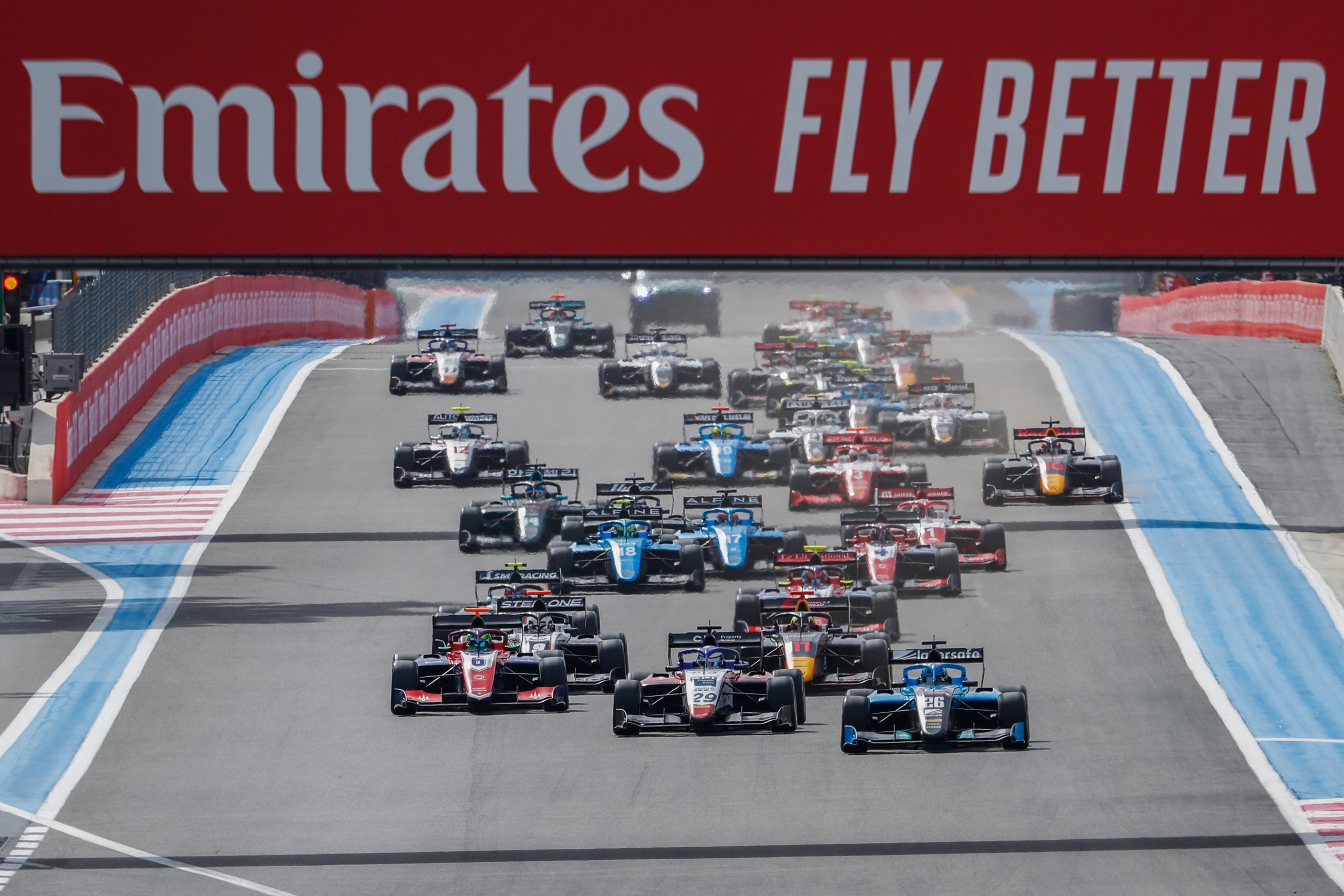 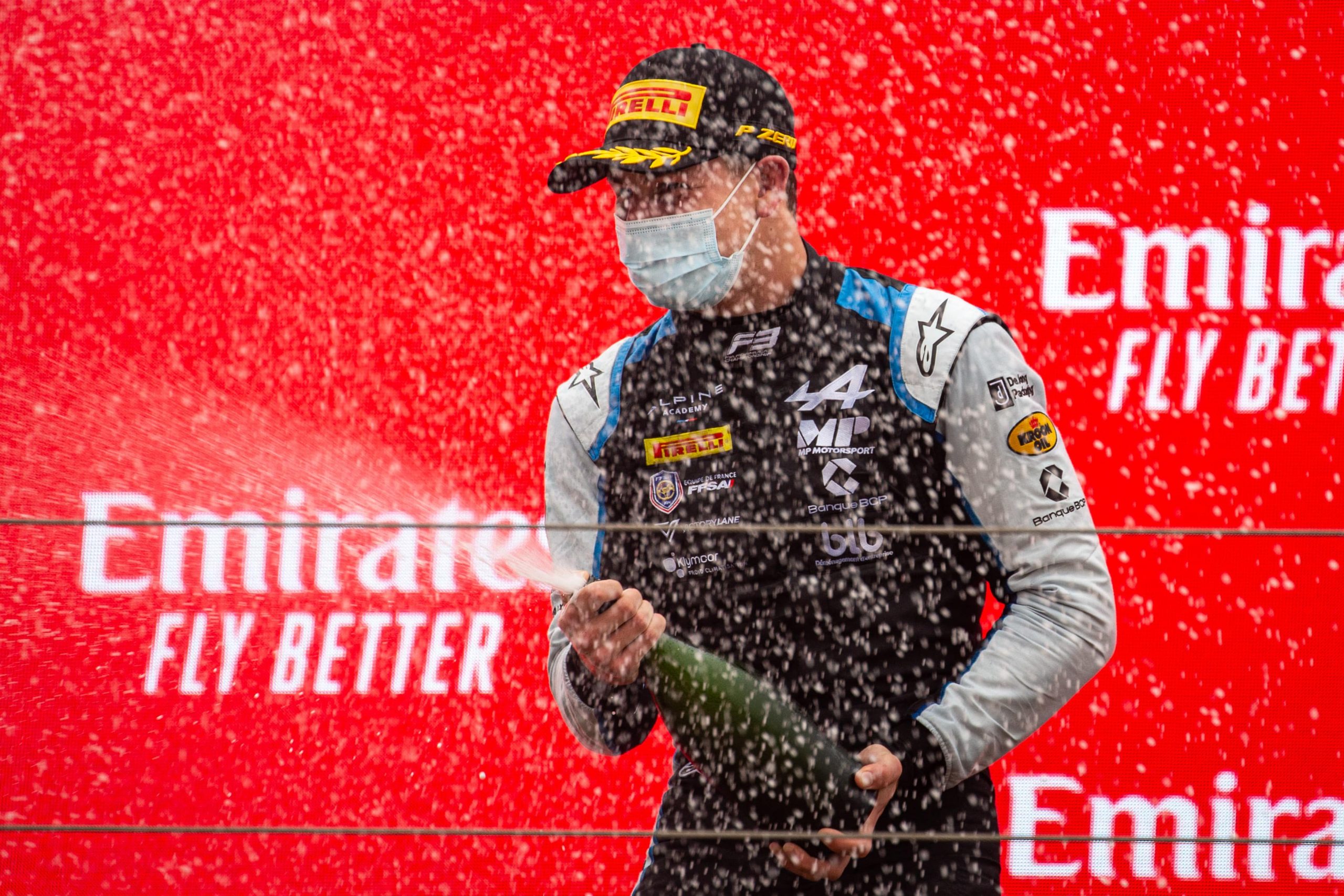 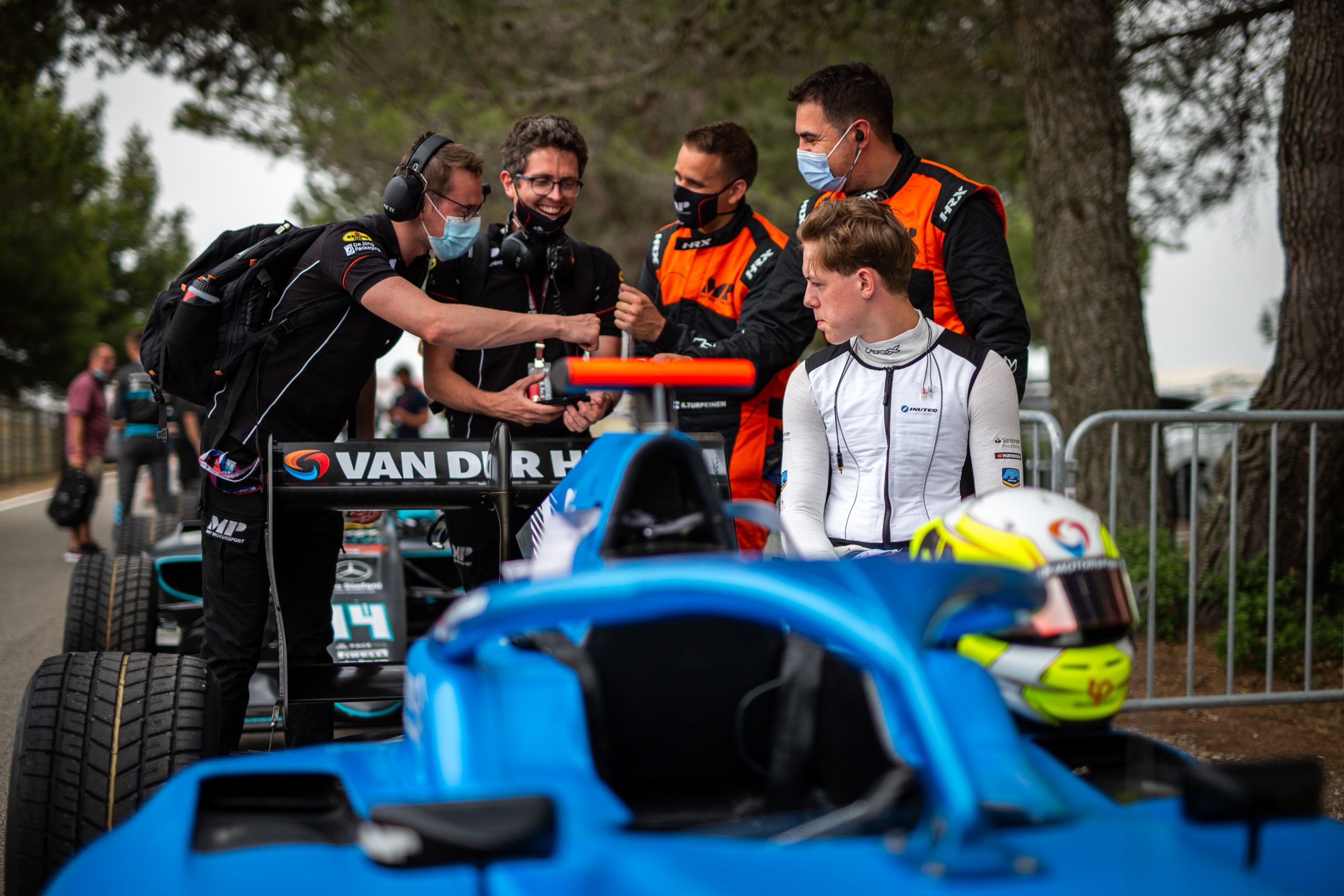 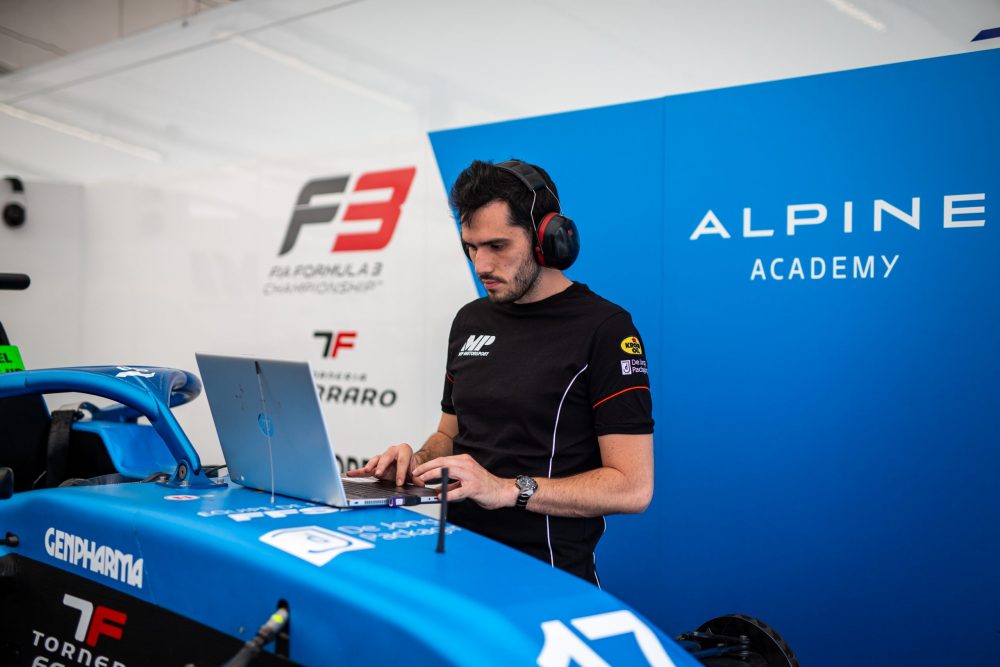 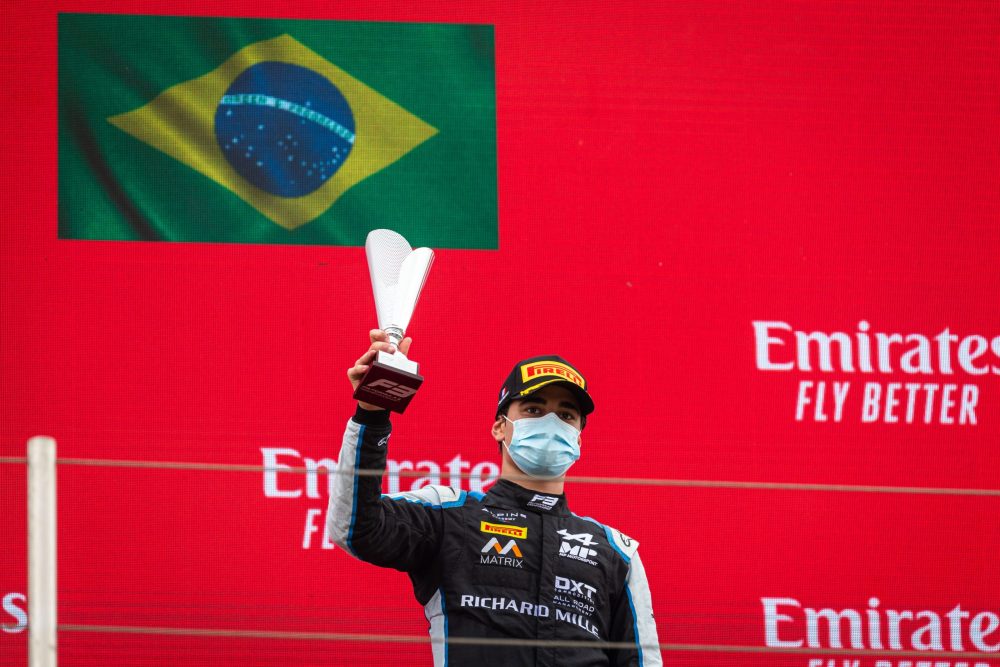