A good weekend for the team

After a 4 week break, F3 was back again to race. We’ve had a tough weekend in Hungary where we did not score points, but came back strong with another podium for Victor in Spa-Francorchamps! It was an eventful weekend, where the keyword was rain. The rain and cold weather immediately started on Friday, during the first practice and qualifying. The rain didn’t set the team back, as Victor and Caio made mega laps and qualified 2nd and 4th. Tijmen, unfortunately, had issues during the last lap, which meant he had to stop on track. This brought out a red flag and finished the session a bit earlier than usual. Tijmen was still able to set the 21st time on the grid.

It took quite some time before the first race would start, due to heavy rain. It was set to start at 10:05, but it started 50 minutes later and behind the safety car. Collet would start from P9 and Victor from the 11th position. Both drivers were feeling very comfortable in the rainy conditions, and the team provided good cars with a mega pace. Both drivers quickly improved places, and in the 4th lap, they both get past Sargeant in one move. Caio was fighting Vesti for P6 and had to move quickly in turn 1 to avoid hitting him when he was behind him and covered in his spray. At the same time, Victor overtook Novalak for P8.

Tijmen had a moment in lap 9 where he went wide and lost a place or two, setting him back to P23. In lap 13, Schumacher and Hoggard were fighting for P4, they went side to side up on Eau Rouge. Caio was right behind them, and came with a lot of speed towards Raidillon, while the drivers in front of him slowed down. He was forced to move to the right side of the circuit, and with that same action, he overtook multiple cars, making him move to P4. Unfortunately, he received a 5-second penalty for leaving the track and gaining an advantage. This made him finish on P9, with Victor on P5 and Tijmen on P23.

Due to heavy rain and a massive crash of Lando Norris in F1’s qualifying, the second race of our weekend started an hour later than planned. There was still a lot of rain coming down, but during this race, a bit of sunshine was also coming through. The race started with a standing start with all cars on the full wet tires. Both Caio and Victor kept their position during the start of the race, and Tijmen even gained 2 places! In the 4th lap, Hoggard and Leclerc touched which made Hoggard spin and fell back to the end of the grid giving Tijmen another position.

Race 3 started behind the safety car again, as it was absolutely soaking at the Spa-Francorchamps track. Victor started second, behind Doohan. He did not give any space to Doohan and kept close to him from the start. Both were quickly driving away from Smolyar, Caio, and Novalak and created a gap of a few seconds. Tijmen gained two positions during the start of the race, finding himself on P19. The team gave Victor a massive car, and he drove a mega race behind Doohan with barely any sight due to the spray of the wet track.

In the 5th lap, Victor took the lead of the race but went with 4 wheels of the track. While it was a beautiful move, it was an illegal one and Victor had to give the position back as it was too much risk to get a penalty later in the race and lose some important points for both himself and the team. With 4 more laps to go, Victor had a moment in le combe but was able to keep the car on the track and go on but ended up with a gap of 2 seconds to Doohan. After that it was all about bringing the car home safely. Victor finished second, which was his best result of the season yet but was hoping to get his first win. Caio kept his 4th position and Tijmen finished on P19.

Overall, we took some important points home and secured P4 in the team standings with 159 points. Hitech is behind us with 86 points. 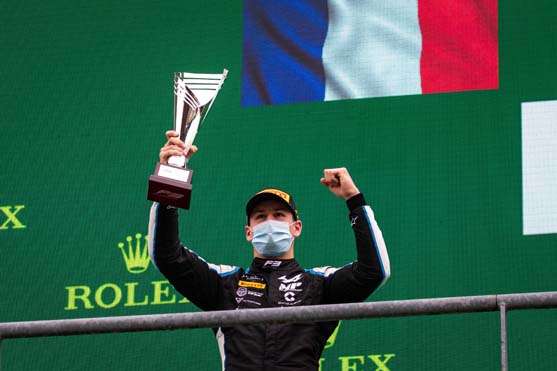 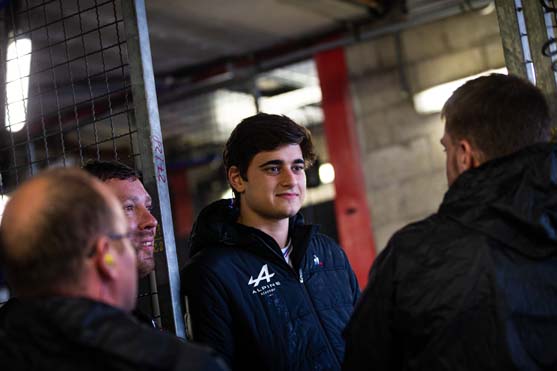 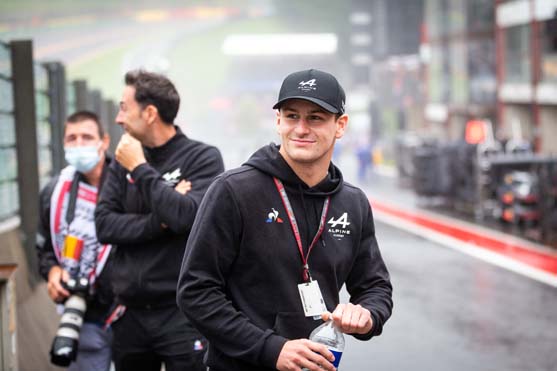 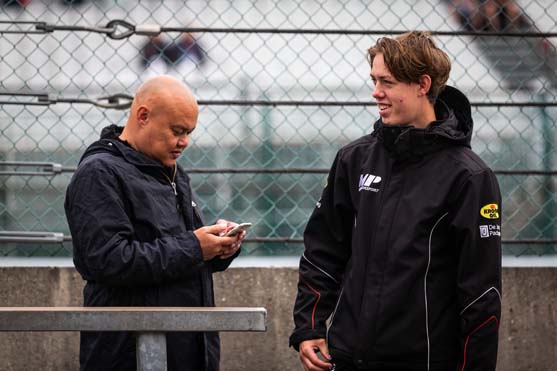 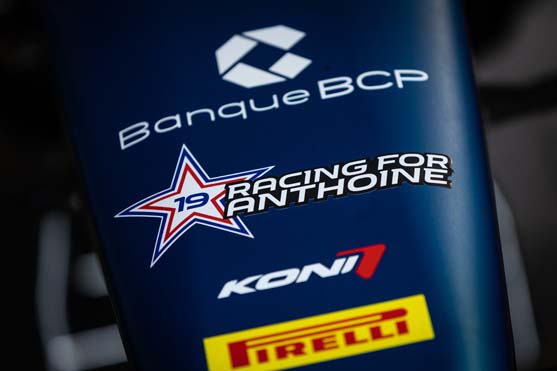 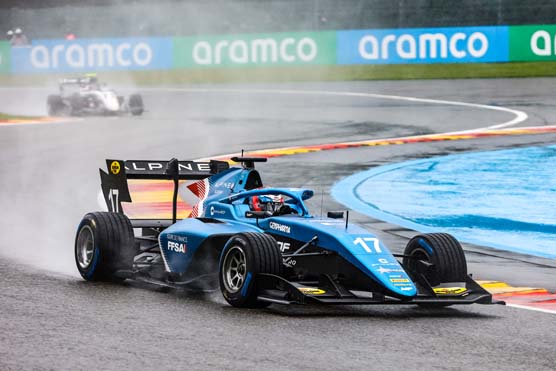 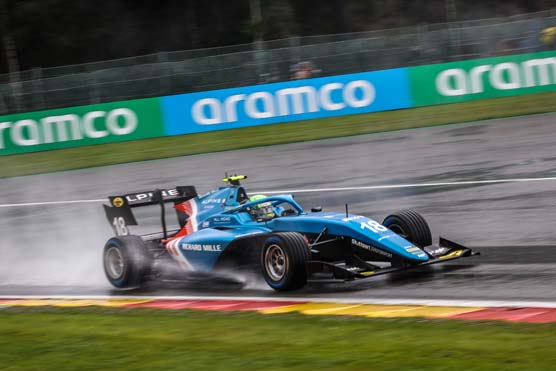 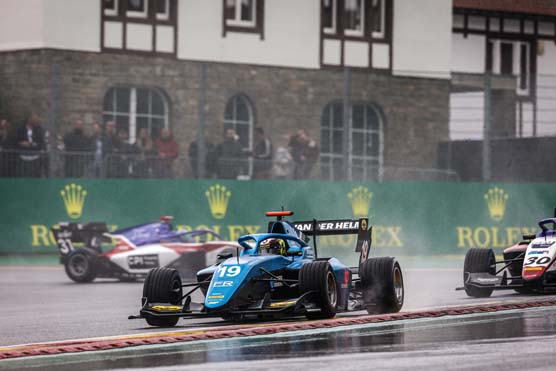 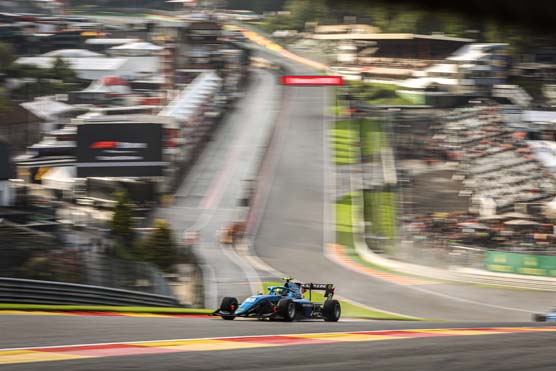 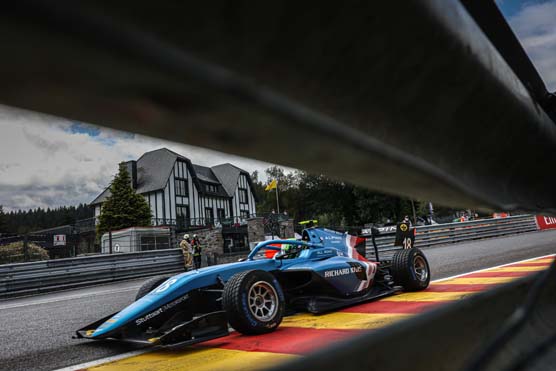 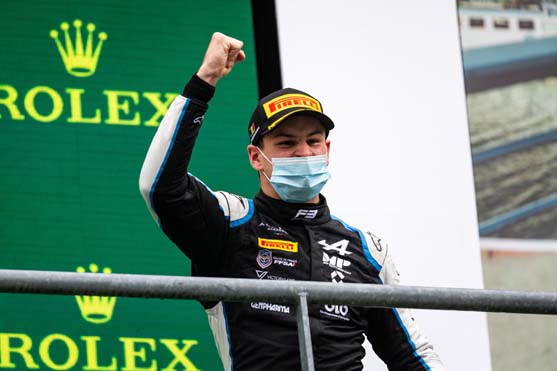 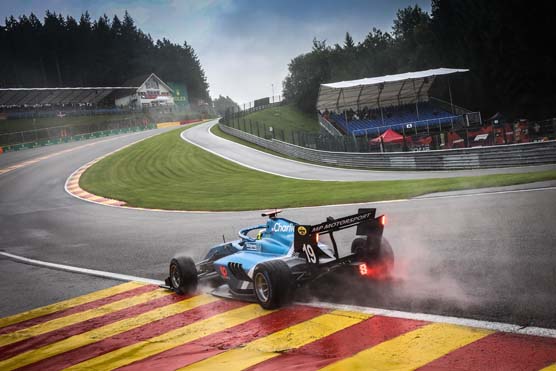 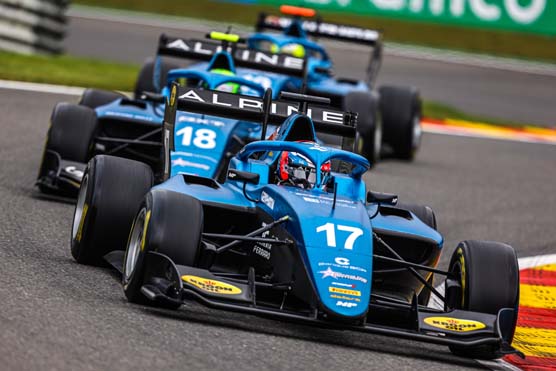