A tough weekend in Austria

After a very successful round in France, we moved on to Spielberg in Austria. The third round on the Red Bull Ring was one with many ups and downs, but it was a tough one compared to the previous round. The weekend started solid on Friday, with a P4 in qualifying for Caio.

Race 1 started really well for Victor, who started from P3 and held on to P3 during the start. Caio started from P9 and Tijmen started from the same position as to where he qualified a day earlier. In the first few laps, Victor fell back from P3 to P5. The top 7 were really close to each other, and everyone within the top 7 could become the leader. In lap 9 Victor lost 2 places and was finding himself on P7. Caio was fighting on P10, while Tijmen was fighting on P19. It was an eventful race with a lot of overtaking, the top 7 soon became a top 10 who were close to each other.

While the lead kept changing between Nannini, Novalak, and Sargeant, Victor was fighting with Doohan and Crawford and won over P6. Caio was very close behind him, driving on P8. In lap 21, the two leaders, Novalak and Nannini, touched each other and fell back. Victor was now driving on P4 and Caio on P6. This is also how they finished. Tijmen finished on P18.

Even though the race had finished, it was not really the end of it. An hour before the second race started, a lot of penalties came through. Mostly for track limits in turns 9 and 10. Unfortunately, both Victor and Caio received penalties, along with 9 other drivers. Victor received a 5-second penalty which made him lose one place (P4 to P5). Caio received a 10-second penalty and was placed back to P17. Because of all the penalties, Tijmen got promoted to P13. As it looked like we got good points at the end of Race 1, we now only received 6 points for Victor’s P5.

With all penalties from the previous race, Victor started from P8, Tijmen from P13, and Caio from P17. Tijmens’ race was finished early after he crashed with Sargeant in the second lap, with a safety car to follow. Caio had a massive start, driving on P13 after starting from P18 in the 8th lap. Victor was in the front running on P8.

After issues for Smolyar and Crawford, Victor was driving on P6 and Caio moved up to P10. In lap 11, Correa and Frederick collided in turn 3. Victor was now driving on a podium place, P3, and was driving right behind Stanek. In lap 15, Victor overtook Stanek beautifully via the inside in turn 4 with two tyres on the grass. Victor was now driving on P2 and had a great race. In lap 20, Caio is touched by Fittipaldi, which made him end in the gravel and lost his point finish.

In the last lap, Victor’s car has a problem and he lost power, while he was still driving on P2. He had to stop and finished P26. Caio received a 5-second penalty for contact with Fittipaldi, which made him finish on P16.

Caio started from P4, but unfortunately, he stalled during the start, which made him fall all the way back to the end of the grid. Victor had a good start and by lap 5, he overtook 4 cars and was driving on P6. Tijmen had a tough start and fell back to P25.

Even though Caio had a bad start, he did not give up. By lap 6 he was driving on P20. Victor was fighting with Leclerc for P7, but lost his position in lap 8. Leclerc and Novalak were fighting in front of Victor, who overtook Crawford for P7. In the meantime, Caio made it to P16 in lap 11. Victor had overtaken Leclerc again, driving on the 6th position. In lap 14, both were fighting to be the first one to made turn 4. Victor held his defending line, going to the right side of the track with a lot of space on the left side. Leclerc also went to the right side, touched Victor, and lost his front ring. Leclerc hit the wall and Novalak, who was driving at the wrong place at the wrong time when both ended in the gravel. Luckily, both drivers were fine after medical checks. Victor had damage and had to visit the pits, but could continue, even though he was now driving at the back of the grid.

With 3 laps to go, Caio made it to P11 and Tijmen to P20. Victor was determined to fight back and overtook Tijmen for P20. Crawford and Doohan touched each other while fighting for their position, but both left the track. Caio was now driving in the points on P8. In the final lap, he overtook another car and finished on P7. Victor was making positions when he got spun around in the last lap and fell back to the end of the grid. He finished P25, Tijmen finished on p17.

After the race, Tijmen received a 5-second penalty for causing a collision, moving him to P20. Victor got promoted to P24. 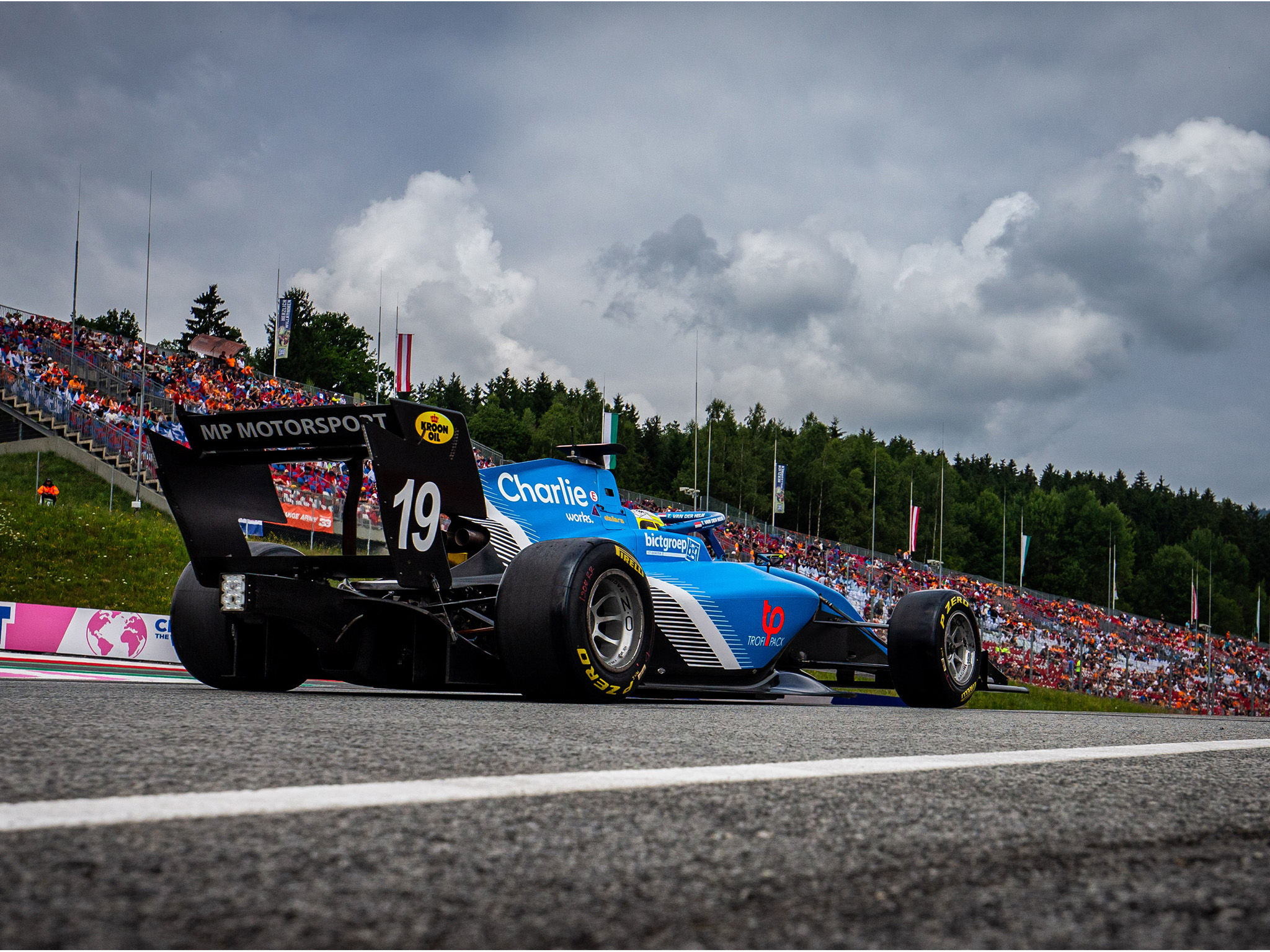 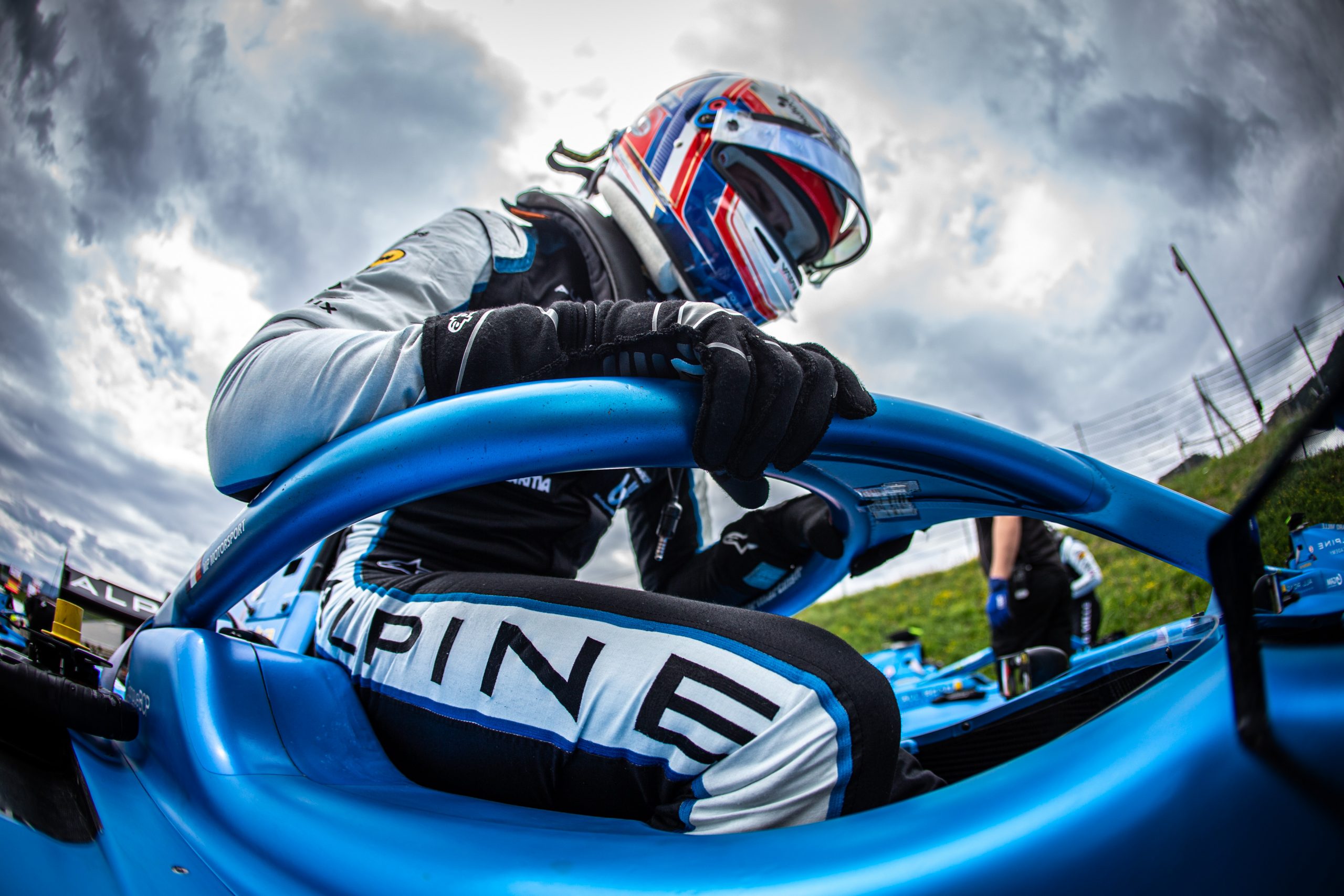 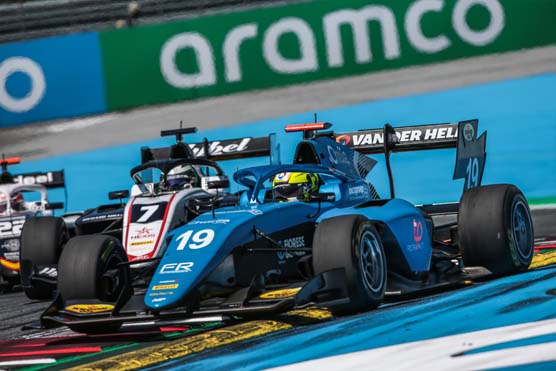 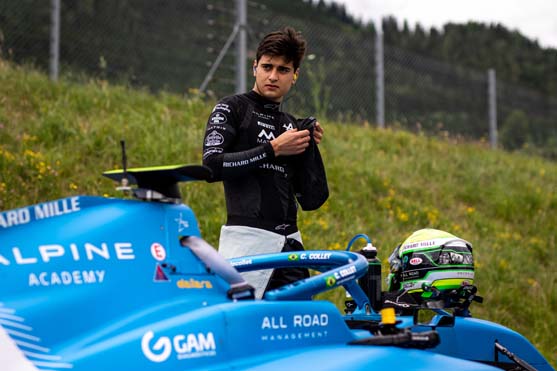 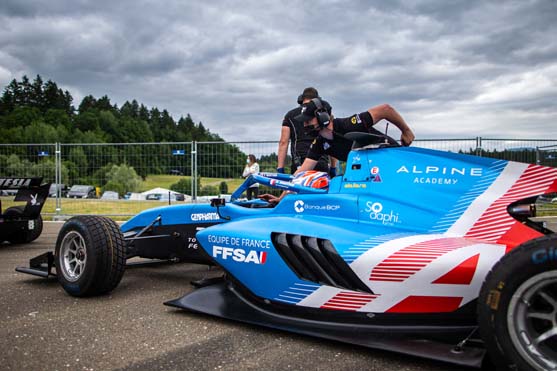 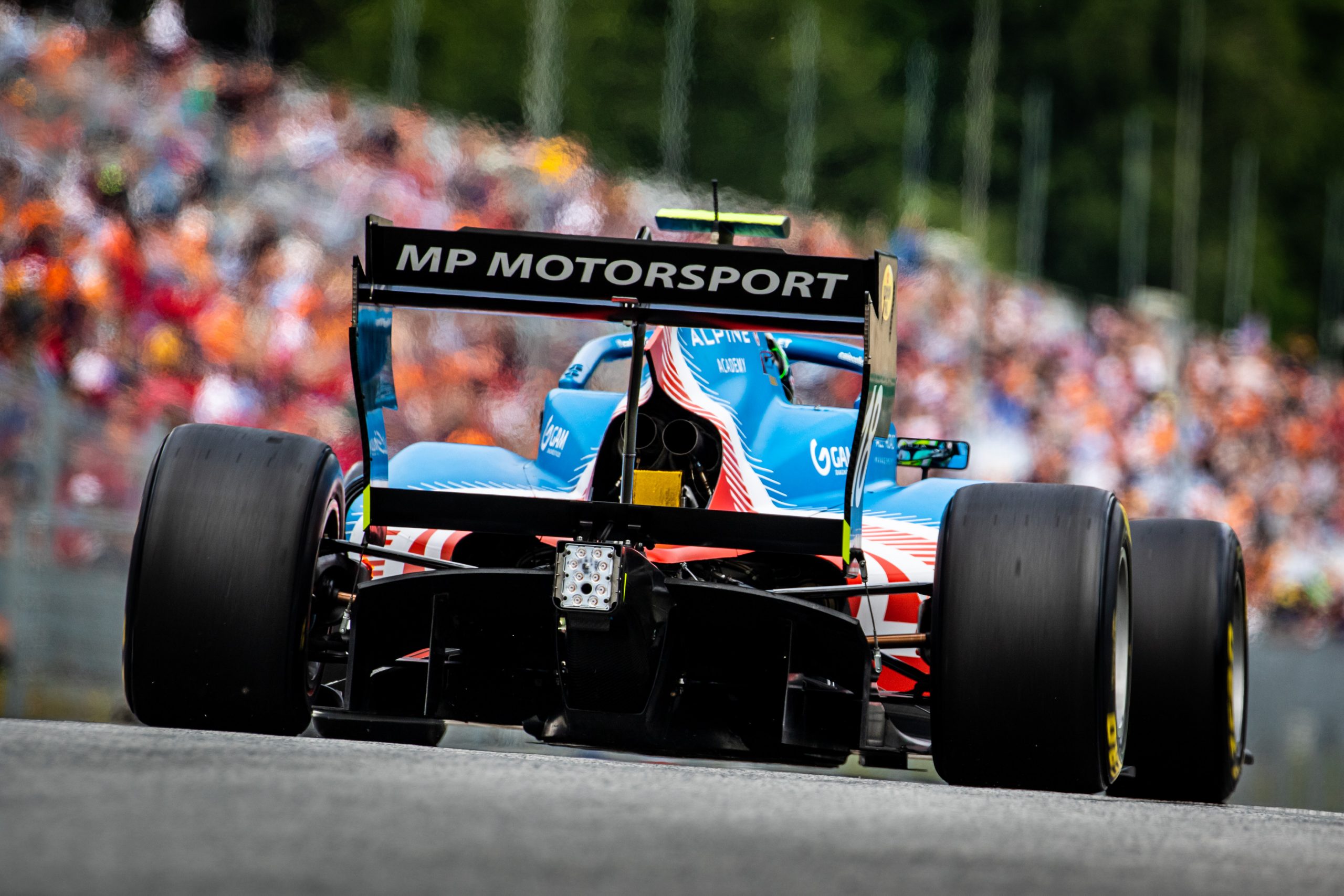