Home race and win for the team

For the first time in 36 years, the DutchGP in Zandvoort was back, and we joined it with the FIA Formula 3. We’ve had a great weekend with fun races, and even won our first race this Formula 3 season! Compared to the many raindrops we saw in Belgium, Zandvoort was great with nothing but sunshine. Victor and Caio had a great qualifying session, unfortunately, Tijmen hit the gravel and had to cancel his last fast lap.

The start of Race 1 was hectic with cars everywhere, but it was a clean start for our drivers. In lap 1, Victor was immediately fighting Hauger and defended his P7 keeping his position. The top 5 were really close to each other, within 2 seconds from the leader of the race. Caio was the fifth driver of the grid and kept putting pressure on Crawford to get the fourth position.

In lap 14, Hauger tried to make a move on Victor but went in the gravel. He was very close to hitting Victor when he re-entered the track but Victor was able to dodge the move. There was a lot of fighting in the back of the field, but Tijmen managed to get through and was able to defend his position. In the 16th lap, Hoggard and Yeany hit each other and were stuck in the gravel. It all happened in front of Tijmen, who was able to move to P21. With 3 more laps to go, the safety car went back in. In the final lap, Hauger was able to overtake Victor on the banking. Caio finished 5th, Victor on P7 and Tijmen on P21.

Victor started on P5 in Race 2, and Caio on P8. Victor was touched when they came out of the Tarzanbocht, but he was able to keep control over the car and continue the race in the same position. Caio was right behind the two Prema’s of Hauger and Caldwell who were fighting each other for P6. Tijmen had a clean start and kept his position during the first 3 laps, where a safety car had to come out as Colombo crashed into the barriers. In lap 6 the safety car went back in, with Victor driving on P4 now and Caio on P8. Victor overtook Vesti in the first banking corner of the track and was driving for a spot on the podium.

Victor knew he could have more, and on the start/finish straight, he overtook Cohen for the second position. Novalak wasn’t far ahead of him. With 10 laps to go, he managed to get right behind him. A lap later, he overtook Novalak for the lead of the race. Victor was 8 tenths faster in the past 2 laps compared to Novalak. Tijmen was fighting on P19 before a safety car came out, as Cordeel was stuck in the gravel after a spin. Victor kept the lead in the restart and created a gap immediately. Caio overtook Caldwell for P6, where Tijmen, unfortunately, lost 3 positions in the chaos of the restart. Both Cohen and Hauger fell down the order, which brought Caio to P4! Caio tried to come close to the podium but the gap was just too big to make a move within 1 lap. Victor crossed the line first in a crazy race, which was his first win this season, and the first win for the team.

Race 3 had a clean start for Victor, but Caio lost a few positions. He got hit in the Hugenholz corner, where two cars in front of him also almost collided. He managed to come out without any damage to the car but had to fight back for his position. And that’s what he did! Within 4 laps he already overtook Sargeant and was very close to Crawford. Victor didn’t lose or gain a position and was driving on P3, putting pressure on Schumacher and trying to overtake him for P2.

Caio managed to overtake Crawford in lap 12, getting him to P7, but with a gap of 2.5 seconds to Doohan. It took Caio 3 laps to get right behind Doohan and fight for P6. Tijmen had a good start and gained a few positions but in lap 17, he had to give back one position to Correa who overtook him in the first corner. This did not take long, because in lap 18 he overtook Correa again for P21. Correa and Nannini were fighting, as to where Nannini got pushed into the gravel. Correa received a 10-second penalty for this action. In lap 22, Victor tried to overtake Schumacher from the inside of the Hugenholz banking corner, which, unfortunately, failed. He touched Schumacher who got stuck in the barrier. During this action, Novalak overtook Victor, who was still able to continue with no damage. Victor immediately knew he was in the wrong and apologized on the radio, and later received a 10-second penalty. He finished on P3, but due to the penalty, he got moved back to P10. Caio finished on P5. Unfortunately, in the very last lap, Tijmen was pushed into the barriers of that same turn 3 by Correa. Therefore he couldn’t finish the race.

All in all we had an amazing pace this weekend and are still in the game for good qualifications in both the driver and team standings. Next stop Sochi! 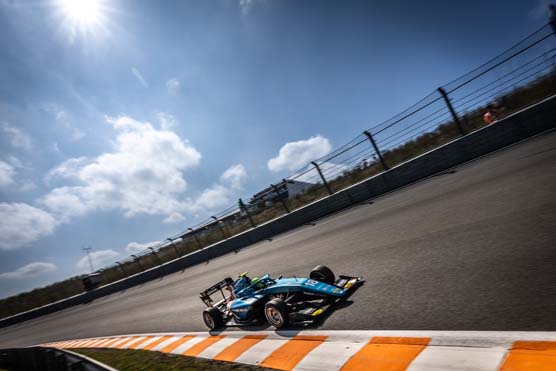 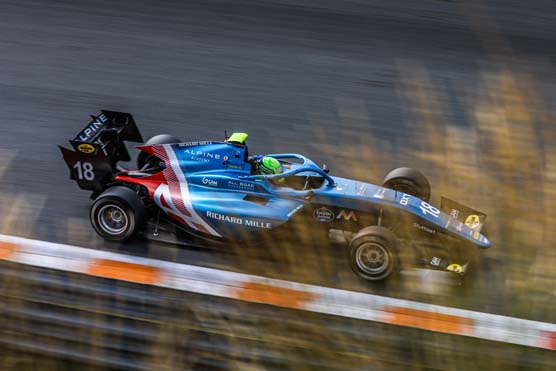 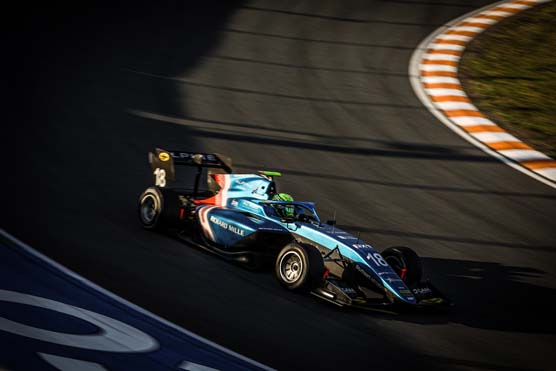 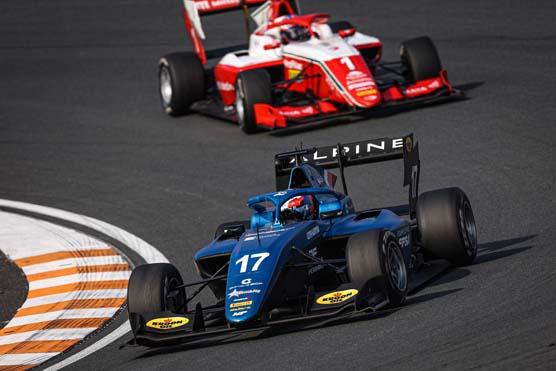 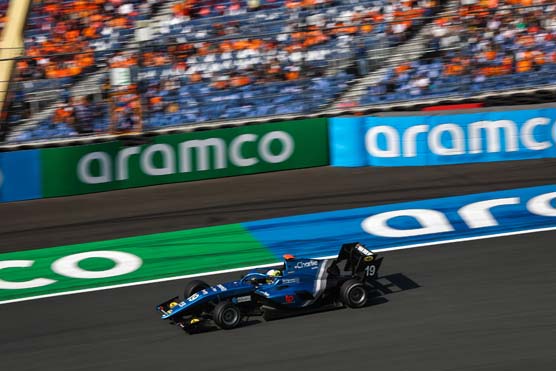 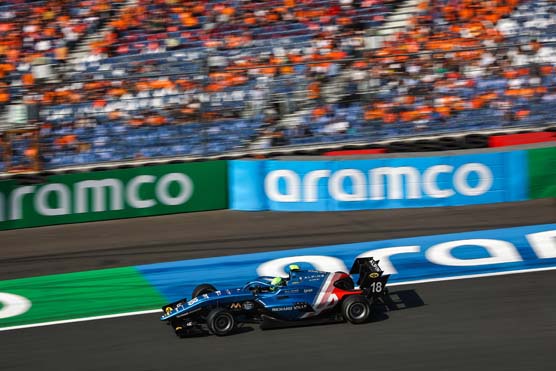 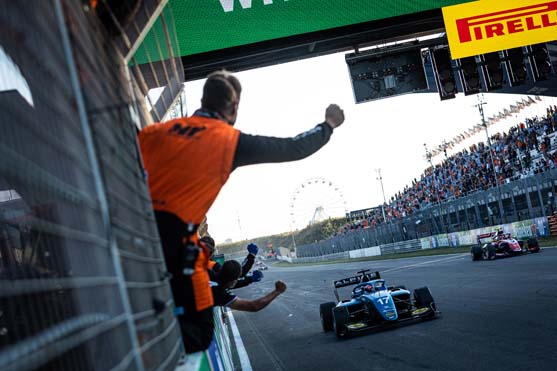 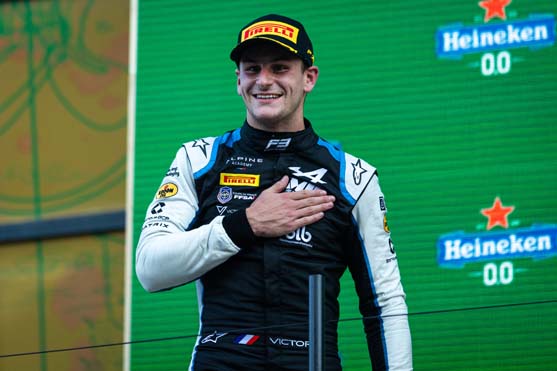 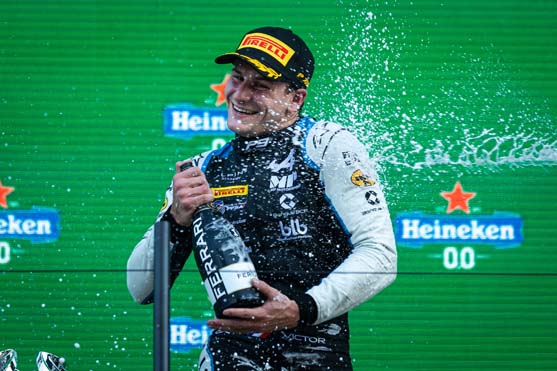 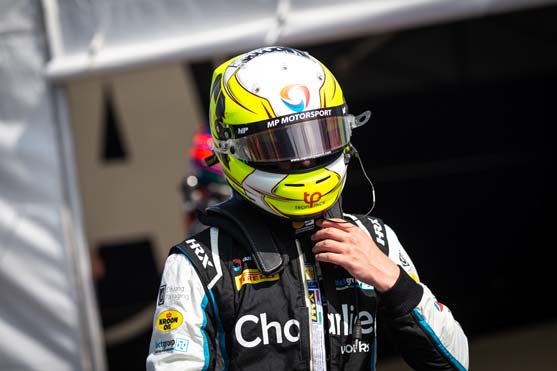 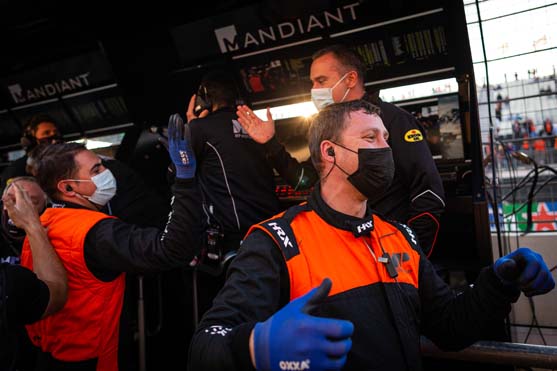 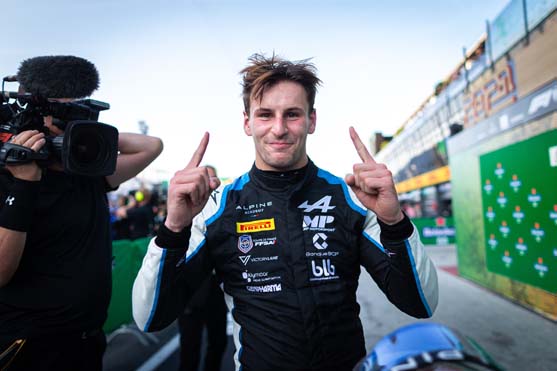