We’ve had a very eventful race weekend in Spa-Francorchamps, with very different weather conditions. On Friday, there were 2 Collective Tests, the real action started on Saturday.

The first race started wet, as a lot of rain was coming down. A few drivers tried to start on slicks but came in the pits after the formation lap, as the rain was pouring down. Franco did not have a great start, as he stalled on the grid. He quickly fell down the order. Kas had a good start and won 6 places, driving on P15. Oliver lost a few positions and found himself on P18. After a few laps, Kas improved another place, while Franco was finding his way through the back of the grid. With 23 minutes to go, Vidales spun and hit the border. While he was standing there, Kas also spun but was able to save it and continue. A safety car came out to remove Vidales’ car. Kas lost a few positions because of his spin and was driving on P18.

With 22 minutes to go, Franco tried to overtake Bardinon but they touched and Bardinon spun. Franco also had some damage and eventually, he had to retire. After the safety car went back in, there were 7 more minutes to race and a final lap. Kas restarted on P17 and Oliver on P20. In the final stages of the race, Oliver lost a few places and finished on P24. Kas gained a few more positions and finished on P14.

Race 2 was much drier and showed lots of sunshine. Oliver had to start all the way from the back, on P33, after the unfortunate first qualifying session. Kas and Franco were both starting from the top 10, with Kas on P6 and Franco on P10. Both Kas and Franco had a good start. Franco gained 2 places and was driving on P8, with Kas right in front of him on P6. There was a lot of fighting in the front of the grid, but also in the back, where Oliver tried to find his way towards the top 20. After 5 minutes of racing, Franco overtook Kas as he had more pace during the race. Kas got into a fight with Patterson and Aron for his position. Franco quickly overtook Vidales and found himself on P5.

After 20 minutes the safety car had to come out when two cars collided. This was very positive for Franco, who had a 3-second gap in front of him. With 15 more minutes on the clock, the safety car went back in. After the restart, Kas lost a position to Aron and was now driving on P8. Franco kept close within the top 5. In the final 8 minutes, Oliver raced himself back to P20, gaining 13 positions. Kas kept fighting and defending his position, but in the last few minutes, it got really tough for him as there was barely anything left on his tyres. With 2 more laps to go, he lost quite some position and finished on P18. Oliver made it to P17, gaining 16 places which is an incredible result in such a tough field and Franco scored good points by finishing on P6. 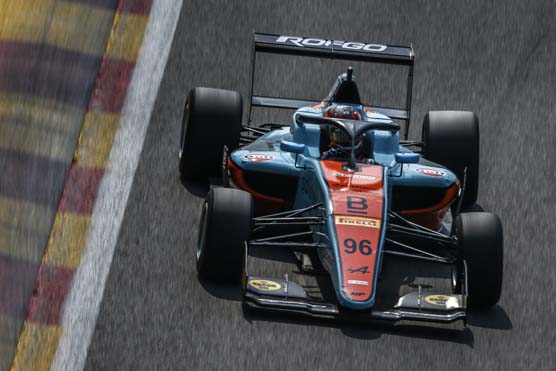 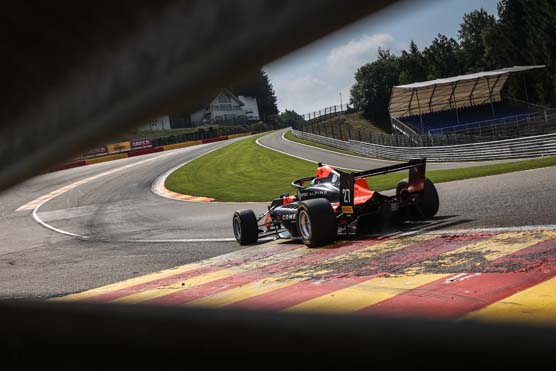 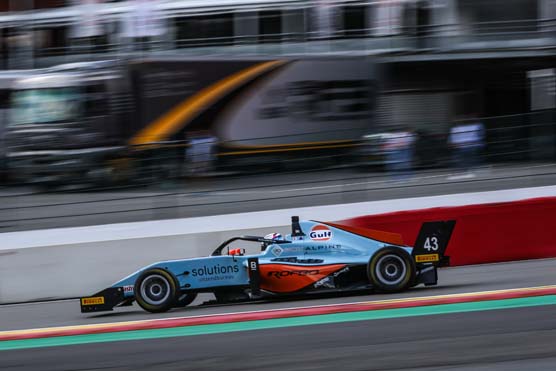 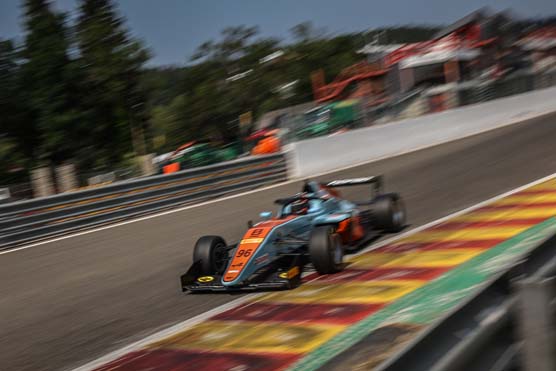 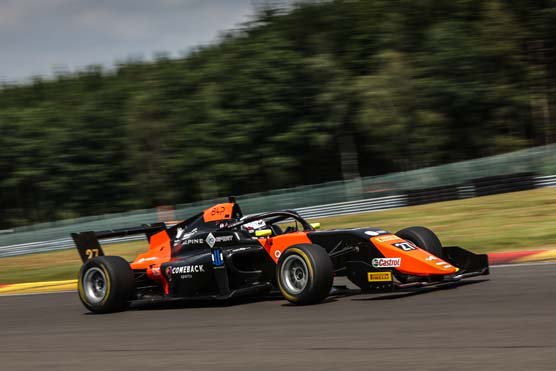 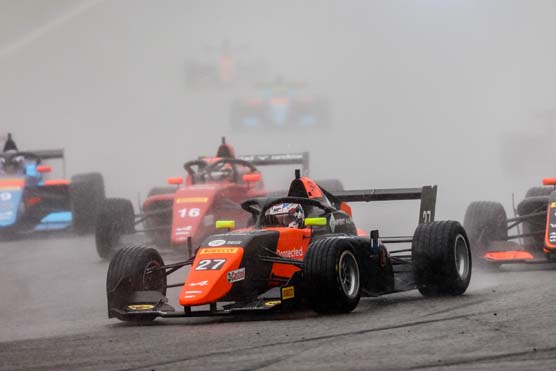 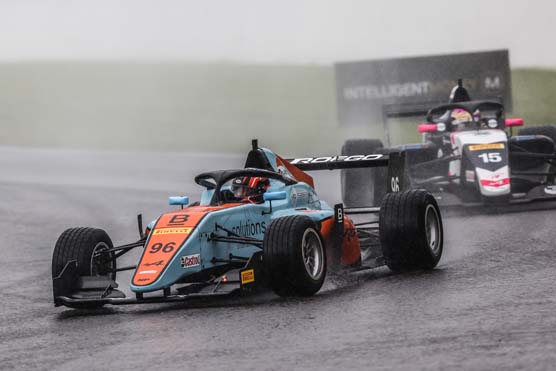 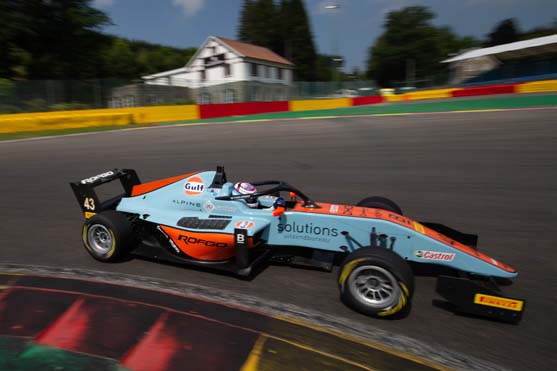 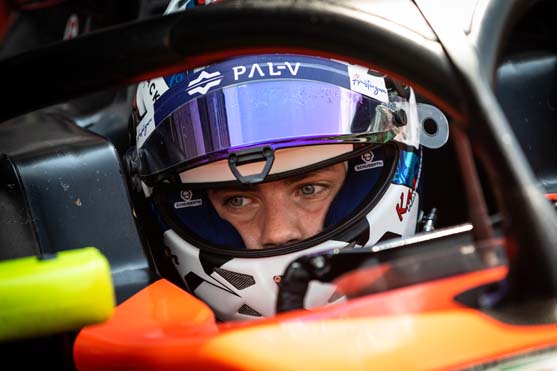 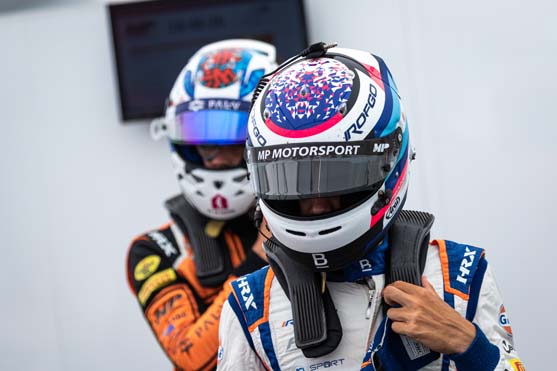 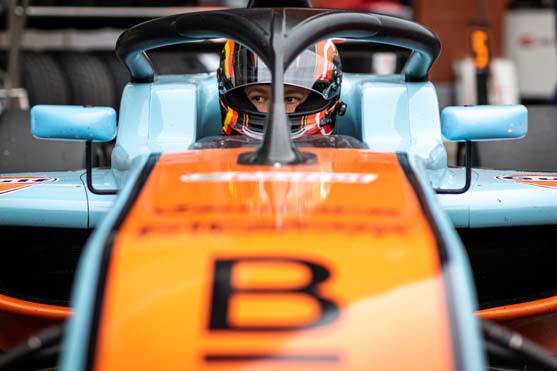 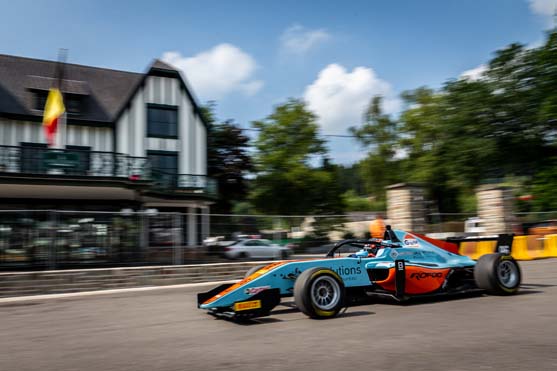 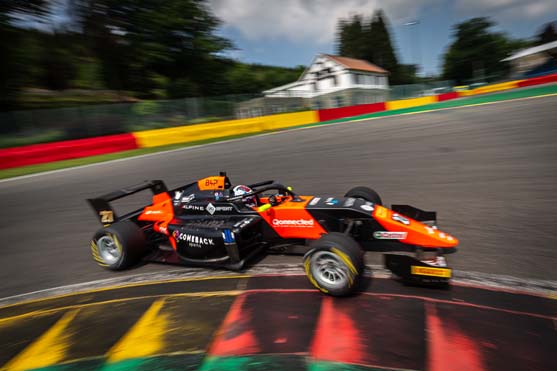